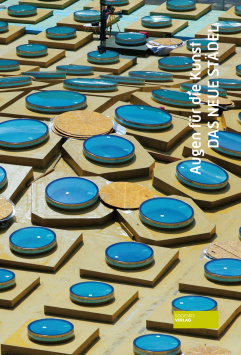 Eyes for art - The new Städel

It is probably the prestige project par excellence for the Frankfurt cultural scene and one of the most expensive and elaborate undertakings that has been carried out on the banks of the Frankfurt museum in recent decades: the extension of the Städel. A hall under the lawn in which space for contemporary art has been created on around 3000 square metres. Light from the garden penetrates through 195 portholes into the interior of the annex, immersing the works of art exhibited here in a primarily natural light. Together with the conversion and refurbishment of the old building, the "new Städel" has swallowed up around 52 million euros. Half of it was privately financed, the other half with public funds. On the first weekend, when the doors of the Städel were open free of charge, more than 18,000 people wanted to get a first impression of the new building and took a long time to wait for it.

Despite the fact that the finished hall under the garden of the museum is worth seeing, its history of origin, which lasted from autumn 2009 to spring 2012, is also interesting. On behalf of the architects schneider+schumacher, photographer Helen Schiffer accompanied the mammoth company for over two years and documented it in the illustrated book "Eyes for Art - The New Städel". However, the pictures are much more than just an inventory of the respective work processes. Schiffer directs her attention to very special details or presents photographs from unusual angles that turn many of her pictures into small works of art themselves. At the same time, the photos illustrate with how much finesse the interplay between the architecture of the new hall and the works of art to be exhibited there in the future has been worked out.

Whether it's the technical aspects, such as the mesh of the underfloor heating or various cable highways, or snapshots of the works, in which it can be observed, for example, how earth is blown through hoses onto the later outer skin of the cultivation, the reader is brought closer to the various aspects of the works in unusual as well as fascinating and from time to time also very amusing ways. One example of this is certainly the very special Christmas tree, which was erected in 2010 in the Städel in the spirit of the extension.

It is very nice that the photos, after six short introductory texts, stand on their own and are not even explained by captions. The observer can thus first let them have a completely undistracted effect on himself. They are only brought into the more precise context in a construction diary that concludes the book. Here we not only explain what can be seen on the individual photos, but also in which phase of the construction phase they were created.

"Eyes for Art - The New Städel" is a very beautiful illustrated book that functions both as a contemporary document about this building, which is very important for Frankfurt, and at the same time is a good example of how the creation of a hall for art can be represented by art. Therefore the book can be recommended not only to all who are interested in the new Städel and the construction work, but also to all lovers of photography!