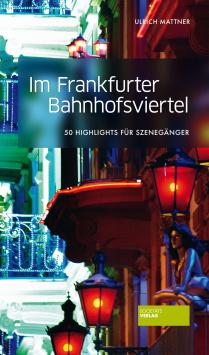 In the Frankfurt railway station district

The photographer and journalist Ulrich Mattner loves the station district. Here he lives, here he works, here he enjoys the pulsating versatility of the Main metropolis, which can be particularly experienced in the station quarter. This is due to the fact that the district is currently undergoing a marked upheaval. The image of the neighbourhood dominated by drugs and prostitution is no longer up to date anyway, even though it remains stubbornly in the minds of many non-Frankfurters. But especially in recent years, these formative aspects of the quarter have been increasingly marginalised, as rising rents in other parts of the city, such as Nordend, make the station district increasingly attractive for many Frankfurters. New apartments, localities and offices are attracting a whole new public to the district, which is of course also being given a new face. Only the next few years will show how much this will ultimately differ from the previous appearance. But already now some clear changes are recognizable, which make straight due to the contrasts developing thereby the station quarter one of the most exciting quarters of the Main metropolis.

With in the Frankfurt station quarter Ulrich Mattner gives its quarter a completely special declaration of love, which presents interested readers fifty very different highlights from the quarter. Even a short, superficial leaf through the pages reveals a versatility that is hardly noticeable when strolling along Kaiserstrasse, on the way out of the city centre to the main railway station or shopping in one of the numerous shops. Mattner takes a look behind the scenes in words and pictures, presents some real insider tips as well as places that you haven't dared to visit yet due to their reputation. 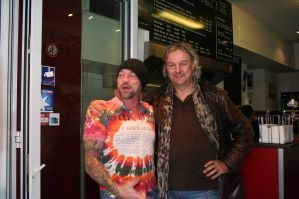 The beautiful pictures and the informative, sometimes also very amusingly written texts make clear again and again the nevertheless very crass contrasts, which meet in the station quarter. Here, sex for sale meets religion, luxury meets human misery, and tradition meets modernity. This may not always be beautiful - but it is exciting, colourful and full of life. And this is exactly what this book makes very clear. You can see that someone was at work here who knows his way around the district, who appreciates the beautiful things here as well as the less pleasant aspects and who also respects and appreciates the many completely different people. It's simply fun to stroll through the station district with Ulrich Mattner, whether on one of his regular guided tours or in the form of this book, which is really more than just a city guide. Absolutely recommended!