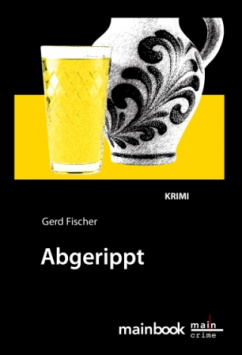 Commissioner Andreas Rauscher determines again! After the very special case about aircraft noise not only cost a lot of nerves, but also his relationship to his girlfriend Elke, Rauscher is in a real crisis. He suffers from the separation from his son Mäxchen, whom Elke took with him to Hamburg. And the enormous heat that burns down on summery Frankfurt also makes life difficult for him. No wonder that he and his colleagues are more and more often working together and that he therefore prefers to investigate on his own. But Rauscher has to rethink this attitude when in the backyard of a Sachsenhausen tenement house its caretaker is found murdered. Because Rauscher's stubborn uncle, of all people, who was thrown out of this house shortly before with an eviction suit, belongs to the narrow circle of suspects. But during the investigation it quickly turns out that the other tenants also had enough motives, as the greasy administrator apparently tried to disgust her from her apartments on behalf of the house owner. The case gets even more tricky when another murder happens. Rauscher gets unexpected help from Jana Kern, a colleague from Königsstein, who soon seems to play a major role not only in this case but also in Rauscher's private life...

With "Abgerippt" Gerd Fischer has written another entertaining Frankfurt thriller about the commissioner, whose name always ensures happy faces, especially in Sachsenhausen. And as with its predecessor "Fluglärm", Fischer has once again placed a very topical topic at the centre of history. He was inspired to do so by incidents in his personal environment in which an acquaintance moved out of her rented apartment in Sachsenhausen after constant harassment on the part of her landlady. On the basis of these events and the current discussion about increasing gentrification and rental usury, Rauscher has spun a classic whodunit scenario with many suspects, numerous motifs and surprising twists. The perfect material for entertaining crime thriller entertainment.

Newly Fischer has enriched the story with a lot of local color, which includes not only the vivid description of various corners of Sachsenhausen with its cult locations such as the Painted House. Rauscher's penchant for Frankfurt specialities such as apple wine and handkäs, as well as the typical Hessian cordiality shown by some of the characters, also lend the thriller a very special charm. In addition, the entertainment value of the story can benefit from the fact that Rauscher's private life is also consistently continued. Since the Commissioner has really grown close to his readers' hearts in the meantime, they wish him new private happiness after all the setbacks. And you can't help fevering when this is within reach in the form of Jana and then something sparks in between. Even such small details as a small tribute to the Jenny Becker crime novels by Andrea Habeney, which Fischer incorporates into his story, contribute to the success of the novel.

The resolution is generally satisfactory, but as so often with crime novels, it is the way to get there that makes the book so successful and that ultimately remains in one's memory. Through the skillful interweaving of light crime thriller entertainment and a downright angry theme such as pure greed driven rent increases, luxury renovations and evictions, "Abgerippt" has become another very readable Rauscher case, the lover of exciting crime thriller entertainment with a good portion of local color warmly recommended. Worth reading!