Curious, Cool, and Embarrassing Things from 2018 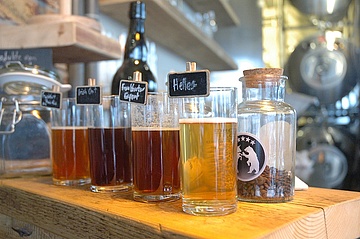 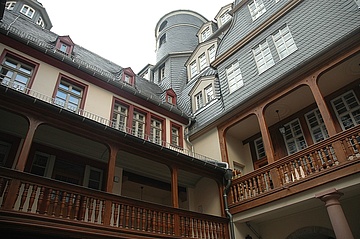 The review with an outlook, if you will, with a little test for the as-is status, if possible and necessary like when I asked about the current traffic situation in Frankfurt. I don't look back for the sake of looking, but to relive amusing aspects (football in June folks, anyone else want to know? ;-)) or to make a note of outstandingly exciting things for this year.

And don't worry, I'm not coming at you with fitness ideas for January. Modern workout ideas can be found in Frankfurt all year round: sweating and blowing with your own body weight at Main or 1a supervised by a physiotherapist. All to be had.

Curiously, May seems to me, because surprisingly often food tips were included. Was I so often hungry? Probably the great weather ensured that I preferred to be outside rather than inside, and ate too.

Gosh, what a depressed mood I must have been in last January. I remember that the winter was quite grey-hazy for quite a long time and started to get on my nerves at some point. How else to explain the post on Frankfurt's ugly places.

Well, in my defense I may add that I didn't forget the nicest ones :-)

In February it simply has to be allowed to think whether Frankfurt can and is really romantic at all, Valentine's Day criticism or not. How romantic is Frankfurt?

It seems to me, a current epicurean trend is the Craft Beer. It is, and will remain, popular. No matter who I talk to. Learn more here on Frankfurt-Tipp about a beer phenomenon unique to Hesse.

We are all moved by traffic. Cars, bikes and co. wrestle with each other and the city mulls over solutions after the More Bikeways Initiative garnered enough votes.

Because April was also a harbinger of the smokin' hot summer, I naturally jumped right into the newly opened ice cream factoryon the banks of the Main and selflessly tested it for you. Did I mention that I really love my job ;-)

Also the following month of May was very much about food. What can I say, it tastes so good in Frankfurt, don't you think? The waffles of the Dutch department store HEMA are a delight.

I'd rather leave the football thing in June in the mantle of awkward silence and turn to the July question about the Frankfurt-feeling. I don't know if you guys feel the same way. But sometimes the city and everything gets on my nerves. When I'm out of town and when I come back and look at the skyline, any grief is immediately forgotten.

To this day, my personal favorite post is still from August 2018, when I introduced the currently most urban corner of Frankfurt: the Allerheiligenviertel plus cool pop-up bar.

A milestone for our phenomenal city was 2018: Altstadt, Altstadt, Altstadt - is that a success, or what? I think it was evident, especially during the Christmas Market, how seamlessly the new Old Town, with its phenomenal subway station, for instance, fits into the fabric of the city. The old town leaves no one cold.

In November, however, Frankfurt really showed Berlin - to this day, guests who danced until dawn at the opening of the Pop-up store by MARCELL VON BERLIN are still raving about the hot party atmosphere on Goethestraße.

And while the Zeil left us strolling around almost completely in the dark in December, our beloved Berger Straße as well as private initiatives could be relied on to spread a festive mood.

New Year's Eve I sank, danced etc. etc. on the couch at home because of my dog. Anyway, there was plenty of time for a lot of decent music from the 80s - in fact, I started the new year with a respectable playlist.

And in that context discovered that one of the music icons of the time, Alison Moyet is coming to the Batschkapp this month. So, fans of the great singer - you know what to do! Maybe we'll see you there?

send by e-mail
print
Does it always have to be Christmas tree?
Hesse week: Everything must go out - Room for new