Does Frankfurt need a Wiesn? 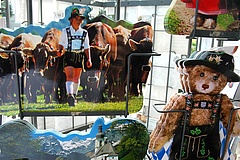 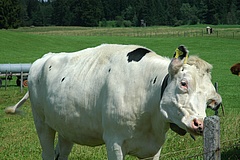 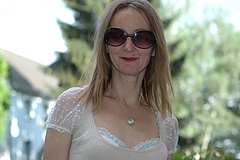 That's what I like: To rant with delight about FC Bayern all year round, but to throw on the lederhosen myself in mid-September. Then we in Frankfurt know again what the tuba has blown: namely Bretzn, blue-white flags and strong Maß for all. So it's time again for the Oktoberfest outside Bavaria and more and more are apparently going.

The export hit of our neighbors to the south pleases more and more of us. I have also already mentally and morally prepared myself for the fact that this weekend hay bales will again pile up at the Fünffingerplätzchen with us in Bornheim and rustic party atmosphere as it could not be more atmospheric in the middle of Berchtesgaden. But I would never expect my beloved Bornheimers to let an opportunity for a party go by in their "merry village". There is, after all, a reputation to defend.

And the others? Is Oktoberfest now some sort of carnival in the fall? Where everyone puts on a different identity with dirndls and lederhosen and has a little fun in everyday life. Last week, a survey of my seminar participants revealed that they were amused when river cruises were offered in New York to celebrate Oktoberfest with bratwurst and traditional dress. Some were also alienated. But when the whole world, all the way to Brazil, is embracing blasmusi and beer, why should we be left out? Isn't that a bit small-minded? Dirndls are available in the department store.

As a North German, the south is per se already bissi far ;-) But the warm-hearted culture of Upper Bavaria has grown very close to my heart during years of holidays. In the end they get you ;-)

Because now I have to come out: a Dirndl I have not worn yet. But top and traditional jacket are already there. So, why should I resist for a long time? There's nothing wrong with a little fun. The festivities in Frankfurt are just too tempting. What I really like to do with family and friends are trips on the river Main by boat (what New York can do, WE can do for a long time *laughs*) Once you step on the boat, it's like a holiday: the city lies beautifully in front of you, but its everyday life takes you far away. That's why I find the Oktoberfest on the high seas at the end of September ingenious - you only get that in Frankfurt - skyline view included, of course.

And in that sense, we're all Bavarians for a few weeks - in the sense of being good neighbors of the Free State. O'zapft is.

Oktoberfest on the High Seas , 28 - 30.9.2017, MS Rheingold. For all detailed information about the party fun on board just quickly click the link!

send by e-mail
print
Frankfurt - to show off?
On the trail of France in Frankfurt