Five more fabulous things to do in November 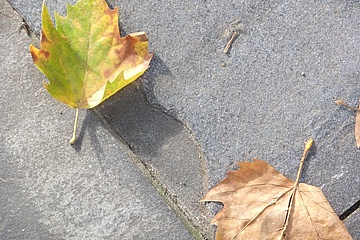 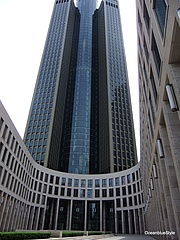 Yes, it's true, November lived up to its gloomy reputation in the first two weeks. But by mid-month, Frankfurt is beckoning with activities that can't help but put you in a good mood:

1. What do Frankfurters love more than their Main River? The skyline, right? That's what my favorite museum, the DAM (Deutsches Architekturmuseum) seems to have thought, too, since the promising-sounding exhibition "HIMMELSTÜRMEND Hochhausstadt Frankfurt 8. November 2014 - 19. April 2015". How and why did Frankfurt grow into the sky? The exhibition poses this question and offers an overview of the city's skyscraper history: from reconstruction after 1945 to the struggle for housing in the Westend to today's era of global financial markets. Selected buildings are placed in their historical, economic and cultural context. I'm looking forward to finding out how the skyscrapers came to the old merchant city.

2. Hottest tip for the 15th and 16th: "The Forsythe Company" performs once again this weekend at the Bockenheimer Depot. The American choreographer William Forsythe has his dancers perform "Decreation". Forsythe, who was once creatively active with the Frankfurt Ballet, founded the company in 2005. So if you can still find a gap in your calendar - definitely go and see it.

3. Plan an afternoon coffee for Saturday or Sunday after strolling along the Main - either at the Margarethe, popular with my friends not only for its good coffee, in Braubachstraße. Or simply settle down in the stylish Café of the DAM.

4. Still exciting: the clou of the MMK - there are now three of it. The Taunus Tower has been added to both the Domstrasse and Zollamt locations, giving art lovers even more to see from the collection of some 5,000 works, which ranges from the 1960s to contemporary art. Is this a result of creative competition with the Städel, which has so far focused primarily on "Altes", and can now also "Modern" in the basement? I've been wondering for a while what the Moderne Museum will do with it. Best to go and find out for yourself.

5. Snuggle up on the couch to watch one of America's hottest actors of the moment do his talented thing (generously, like me, leaving the gym to others). Josh Lucas plays a lawyer caught between the public defender's office and the Mafia in The Firm"; he is also currently successful on US televisionwith the detective series The Mysteries of Laura". After the ratings have risen by over 50%, the TV station NBC is currently filming new episodes!

send by e-mail
print
The tree is up