On the trail of France in Frankfurt 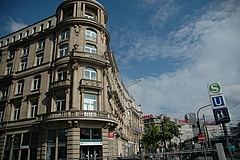 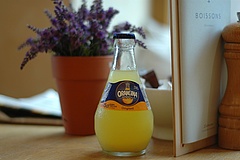 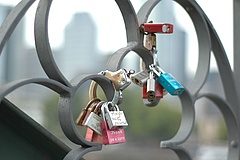 Love indulgence and fine arts - when France is the guest country of the Book Fair in October, the topics couldn't be hotter! Is there anyone who doesn't dote on our neighbours to the left? For the rugged coast of Normandy in the north of the country, the sweet lavender fields of Provence, and the much-loved capital of Paris with its distinctive 19th century architecture? You see, I'm only in the first paragraph and already completely uncharacteristically gushy - it's the Gallic effect ;-)

As a 17-year-old, I sort of fell for the lure of France: I lived with a family for a week, went to school Joelle and the father called me Gertrude because he thought it was so beautifully German. I got my revenge by always calling him "Francois". Of course I wanted to learn French instead of Latin, because the language sounded so elegant. Unfortunately, it was a very one-sided love on my part: French didn't like me and my teacher wasn't enthusiastic about my efforts either. But those who love will not be discouraged, and so I wildly continued to travel the neighboring country. And after a Ros&eacute;wine, even the forgotten vocabulary flowed again as if by itself....

But what does Frankfurt have to do with the French, you're probably thinking, other than the fact that many of them moved to the Main for love. 4,500 of them have a French passport. I can attest to that, because my French colleague(strict Catholic) lives here with her German husband, her five children and wraps everyone around the fiiingör with her charming accent, which she has not yet discarded in her many years in Germany.

But the city and the land of the Franks are connected not only by love and the name of the Franks. In fact, in my research I have come across numerous traces of French lifestyle here with us. I will not come to you now with Caf&eacute; au Lait, because he is already as good as eingedeutscht, right? But to jump right in: delicious tartes? Mussels like on the Atlantic coast? If you want to indulge yourself, you're well served in Frankfurt. Both the Brasserie du Sud impresses not only visually with its typical wicker chairs, but also with its fine menu. And Chalet 18 in Bockenheim is tiny, making the few seats all the more coveted. And for good reason, which not only has to do with the intimate atmosphere of the restaurant, but also. Anyone who wants to spend a romantic evening is in excellent hands there. I don't have to mention that reservations are recommended? For a detailed list on French restaurants and caf&eacute;s you'd best check out my post " Oh l&agrave; l&agrave; - French flair in Frankfurt"

With so much indulgence, surely it goes without saying that the book fair is dedicated to "food" among other things? When the cookbook community meets, there will also be its own Instawalk.

The Städel Museum has already gone ahead and is showing one of the most famous French painters Henry Matisse in his friendship with Bonnard since mid-September. Is it worth it, one or the other may ask? Yes, I may say so. I once saw Matisse in the south of France and was completely fascinated. So what the Städel is showing is a cream puff! I definitely don't want to miss it here either.

So Frankfurt and France are closer than ever. And that's not only because of the new president Macron, who wants to come to the opening of the book fair. Who of you doesn't walk past the Paulskirche every now and then? Even though Frankfurt did not become the capital of the Federal Republic after 1949, one of the most important symbols of political freedom - the Paulskirche - stands here on the Main. In addition to love, ideals and goodies, the French traces lead not least to where many first take a look at Frankfurt when they arrive here: the main train station. Fascinated by the beauty of the Wilhelminian-style buildings and the raucous atmosphere, I spent a lot of time photographing in the station district, which was built on the French model! Vive la France en Francfort. And if you're already in the mood for indulgence, head straight over to a <link https: www.frankfurt-tipp.de ffm-aktuell s ugc zweites-restaurant-festival-laedt-zu-einer-kulinarischen-reise-durch-frankfurt-ein.html _blank>Culinary Journey through Frankfurt.

And now tell me, what do you have in common with France?

send by e-mail
print
Does Frankfurt need a Wiesn?
Five excellent reasons to shop at the mall