A city feeling: colourful and liberal 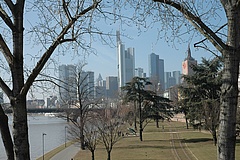 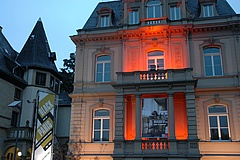 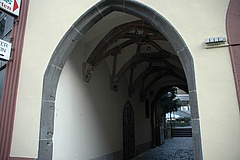 It was planned to design the second post of the year 2015 as a fitness course. It will follow next week. Because as so often it comes firstly differently, secondly as one thinks and so the death of the French press colleagues of the satire magazine Charlie Hebdo inspired me to this post over Frankfurt and its free spirit: because Frankfurt is not only Bankfurt.

A trade and fair city with traces up to the Middle Ages. Sure, I'm sure. With close ties to Amsterdam. With a self-confident bourgeoisie whose members can still be found everywhere today - Bethmann Park, Holzhausen-Viertel, Villa Emma Metzler or Rothschildallee and Bolongaropalast, to name just a few. Jews on the Main have been living longer than in any other German city for 900 years, often as businessmen and bankers or scientists and patrons.

To find out more about where I really live, I always like to go to the Jüdische Museum or into the Institute for City History in the - also architecturally attractive - Carmelite monastery with its cloisters. Currently it is also worthwhile to go to the Historical Museum. The permanent exhibition there shows why the "Staufer period" 800 years ago was particularly important for the city: the community was formed, the city was walled in and granted the great fair privilege. The Staufers founded Frankfurt's tradition as a place of choice for German kings and Roman emperors.

Today, money is earned here above all, fortunately, but it is also lived here: in a diverse and peaceful way. Today, more than 700,000 people live in this small city, Muslims, Jews, Christians, homosexuals and heterosexuals, small, large, fat and thin - from over 100 nations. A view into the station quarter or a visit on any weekday at the Volkshochschule in der Sonnemannstraße is sufficient. Frankfurt is also liberal and tolerant - the spirit of the Paulskirche sends its greetings! In 1848, the National Assembly created the first democratic constitution for the whole of Germany. Frankfurt is also a media location in this tradition - the Frankfurter Allgemeine sits in the middle of the Gallus quarter together with "Rundschau" and "FNP"; the satirical magazine "Titanic" mocks and caricatures in the former university district of Bockenheim, whose history goes back to Roman times.