Beautifully oblique. Are these the four strangest events of the month? 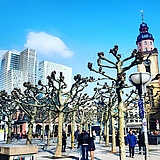 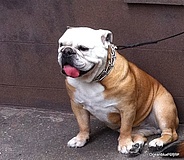 We and everyone else always think that Frankfurt can be serious. Well, for some time now, creative people have also been gaining a tooth. Then we cough a little proudly and embarrassed, refer to the “Atelier Frankfurt“ in Ostend, which immediately borders on a beautiful location, the Schwedlersee and drag visitors in doubt through the railway station quarter.

But really edgy, it's not really the kettledrum-raising thing. “What's weird now?“ one or the other may wonder. Entitled. Our British friends are still exemplary when it comes to bizarre things. Such a life on an island just produces the craziest and most confusing ideas. (Not to mention Brexit.)

So I tried to scratch similar things together at absurd events in Frankfurt. Who now pessimistic thinks, in Frankfurt we can't do anything unconventional or strange, (according to Duden) I'm happy to present something better here.

The Top 4 of the bizarre hit parade.

Also at the risk that many now cry out horrified. I'm not watching a crime scene. That's why I think it's quite bizarre what the Theater Feines came up with to bring wine with weapons to each other   So every Sunday evening the screen goes down, the beamer turns on and the stage becomes „crime thriller public viewing“ in Sachsenhausen's new living room.

Skurril I find the idea that the organizers believe the ice would survive for a long time. If you go to a festival like this like me, you'll knock things off like nothing, won't you? Do any of you go there to look? Or to lick? There you go. I'm the chocolate-lemon-malaga type, though. Above all, I am excited about the promised summer atmosphere in view of the current temperatures. But maybe summer also loves “innovative, extravagant and classic ice cream types and flavours“ and shows up again?!

Okay, this event will not really exist. But the organizers, who call themselves “non-greasy organizers“, have done a great job, so many believed that their event posted on Facebook was real. Why not, I'm going to ask you a provocative question. What the Dutch can do, we've been doing for a long time, thought resourceful Frankfurters. And if you believe the announcement, the city has made itself loose and now the Frankfurt drug mafia can invite you to the very first drug flea market in Germany as a beautifully stuffy registered association. Some were not so sure whether they could also offer their expired Aspirin tablets. According to the organizer the visitor should be carried away by Walking Acts . There'll be food, too. Bryan Cranston will drive up live as Walter White aka. Heisenberg with his camper converted to a carnival caravan and throw some Goodiebags full of blue meth into the crowd. With this picture you almost wish that this bizarre event would become reality :-)

I heard the bell ring that the jury actually has beer in play. Also a race has been cancelled because of special problems of the participants.  So in Frankfurt are the designers of Leonid Matthias knowing pug owners who have also registered for the race. Because we know a life with pug is possible, but pointless. And so all the owners give their lives a meaning and make a lot of steam to the boobs. Four legs on the dog and a total height of forty centimetres are prerequisites.

PS: All participants are aware of the fact that there is no pug in the picture. Thank you for all the well-intentioned clues. It's just my completely strange preference for bulldogs.:-)

send by e-mail
print
Five reasons why summer is now really fun in town
After the holiday is before the holiday: relaxed in town