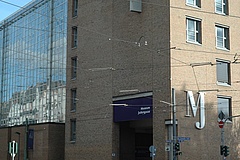 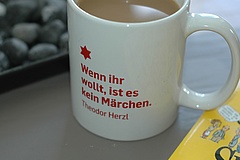 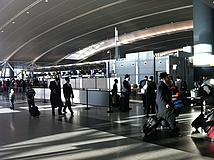 „Oy vey“ I thought when Sunday autumn burst in so stormy that I immediately felt like looking for a sofa, blanket and cuddly films. “Oy vey“, is one of my favorite Yiddish expressions, because it always makes me smile. Do you know such expressions that always make you feel good when you hear them?

For the first time I heard „Oy vey“ in the American TV series „The Nanny“ from the 90s. Who still remembers the mishmash of New York life, English and Jewish culture? And so today I have good news for all lovers of Jewish culture for your autumn planning - after all, the "Jewish Film Days" are in the house. These take place alternately with the Jewish Cultural Weeks, but are not the only thing that Frankfurt has to offer in terms of impressive Jewish cultural life, as you can read in my post „Auf jüdischen Spuren durch die Stadt“ .

This facet was an aspect that immediately won me over to the city when I arrived in Frankfurt. If I want to settle in somewhere, a human being needs connecting factors. J  It is above all Jewish humour, comedy and esprit in films and literature that excites me. I flew to Vienna for a film exhibition in the Jewish Museum there. Are there any fans of the Marx Brothers, the Groucho Marx? It's not for nothing that they are one of the most successful, English-speaking pairs of comedians. Or Billy Wilder? These artists have shaped and enriched me with their work.

So I inevitably went on Jewish Trails in Frankfurt. The recently reopened “Museum Judengasse“ at Börneplatz offers a convenient starting point. This way you can explore the walls of the former Judengasse (also exciting for children who can furnish small houses like a doll's house). Standing within the walls makes it possible to experience the narrowness of the conditions at that time. But the most amazing thing is the interactive offer.

And as a tracker I like the „App - Invisible Places": This leads users*in search of clues through Frankfurt. There's plenty to discover: stories of Jewish football clubs in Zeilsheim, Greek fur traders in the station district and Turkish restaurants in Ostend.

„Invisible Places“ shows where Jewish memories overlap with the stories of Greek, Spanish, Turkish, and Italian communities, where their everyday lives took place, and how the city became a “city of diversity“ after 1945.

My big dream now would be to travel again to the twin city Tel Aviv with its famous white Bauhaus houses. And I wish for a rustic Jewish Café, as I discovered it once in Berlin. But now the completion of the Museum am Main is on the agenda - by the way: the construction site can be visited. And if you're interested in autumn jewish concerts, music and chassidic dances, we'll inform you here on Frankfurt-Tipp about the latest news.

Do you have film or book tips for me?

· Guided tours through the Jewish Ostend