Frankfurt on the move 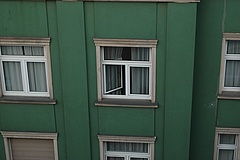 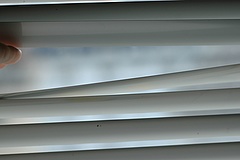 Our idea from Frankfurt is that there is a constant coming and going here. People from all over the world move in and out for a relatively short time. Which, on the one hand, is true. I experience this very vividly in my English courses at the VHS: Japanese who are transferred to another European country or move back home after six years' stay. Or South Americans who spent a few years in Egypt and have now been transferred to Germany and know that another country is waiting for them in three years' time. Or Hamburg-born people, who are homesick and are drawn back to the Hanseatic city, after a two-year job episode at the airport, for example.

Yes, it's true, there's a constant coming and going here on the Main. We experience this every morning on the street, for example when commuting daily into and out of the city. When I was still one of those commuters, I wondered where I belonged as a newcomer - where am I at home? At the dormitory in the Main-Taunus district or in the city of the workplace?

Living in Frankfurt as a moved-in person

After moving from MTK to Frankfurt/Bornheim something very exciting happened: In our house there is a baker, a hairdresser and a small beauty salon on the corner. On the opposite street side, a small aunt Emma shop in Pakistani-friendly hand offers its magazines, sour sweets and parcel services. Within two days everyone greeted me with joy and with a sign of recognition, within a month it felt like I had lived in “my Hood“ forever.

This is one of the things I love about Frankfurt. I hadn't succeeded in seven years in this small suburb. What's the matter with you? Here on the Main there are so many train passengers who have to or want to make new contacts and find new ones - this creates openness towards others. In 2018 alone, more than 10,000 people moved in, the population grew by 1.6 percent - which is twice as much as 2016.

When the couple from the neighboring house recently started packing crates and the furniture van drove up, I got really restless. For almost ten years, I had experienced almost every morning what was served to them on the balcony, when they turned off the light in the evening and turned it on again in the morning.

(Not that this gives the impression that I'm like the New Yorkers with binoculars and spying on people.) No. But in the inner courtyard a glance out of the kitchen window is enough to know what the neighbour is up to. People across the street are gone now. Who would move in? A lady from my homeland in Lower Saxony has moved in. With the strange habit of lowering the blinds in the evening. How do you get to know each other, I wonder? ;-)

Frankfurt is always on the move.

And then there's the other side of town. The constant. You can also read it very well in my house. Of a total of eight parties in the old building, four have been squatting on site for over ten years. Two of them even live over twenty-five years in the same apartment.

It's not that we didn't want to change. Only where do you get something affordable if you don't steal it? Our neighbors feel the same way. And so nothing changes.

My girlfriend in Nordend has settled in a condo permanently. Just like acquaintances in Eschersheim, one of whom commutes regularly to Mannheim. Frankfurt stays on the move.