Funkytown: Five ideas for the carnival night - from Sachsenhausen via Ostend to the red light district 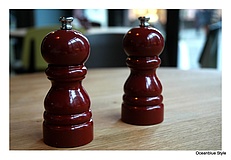 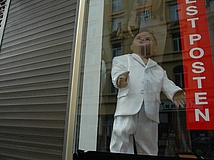 My Singlefriend Beate has been looking forward to carnival for weeks, the costume is sewn by herself and the tickets are booked. After all, Johnny Depp in the film "Lone Ranger" doesn't want her to party on the street as "ton ton". In her life it is general staff-like, nothing is left to chance, everything is organized properly. I envy that. If you haven't yet bought tickets for one of Frankfurt's most popular carnival parties, you probably have to hope for the box office: the Nightclub "Pik Dame" in Sachsenhausen lets the big "Faschingssause" rise and many obviously want to be there.

When I told my girlfriend about my plans, however, she looked a little envious from the otherwise so lovely laundry: I think of doing "carnival art". Or at least to start the Friday evening artistically inspired: with two other friends and a fellow blogger who is visiting me from Munich at the "Rundgang Party" des Städels.

From February 12th to 15th the Städelschule Frankfurt will organize its annual tour. The graduates are regarded in their genre as promising candidates for a successful career as artists and among them are regularly the next Documenta and Biennale participants. So it is not surprising that the tour of the Städelschule is one of the most popular international art events in Frankfurt. The exhibition will open at Portikus at 8 pm, Alte Mainbrücke. From there a shuttle bus runs to the party location in Ostend, from 10 pm the DJs Dj Double Income No kids, Dj 1800 JimJoe, Dj Selecta and others play in Daimlerstraße.

If I'd rather cultivate my Californian mind on Friday evening, the best place to do so is at the store opening of "Bonkers", the shop for skate- and streetwear, drinks and music with Dario Szenario. And in order to expel the carnival hangover next week after Ash Wednesday the next Thursday is firmly booked with my girlfriend Beate - in the Lodgehouse with "Roulette d'Amour" - the flirting with Live Vocaljazz by "Lejeune et Chenchanna", because an enchanting flirt often only needs a small kick-off, with a letter, master of ceremonies and gallantry....

send by e-mail
print
Vintage Shopping - what is this?
And the Oscar Goes to - Wait for it ! - Frankfurt