How hip is Frankfurt? 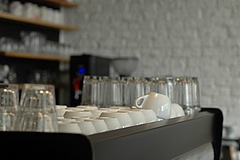 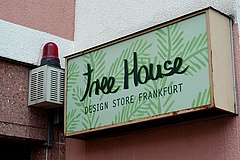 There is no difference of opinion about Frankfurt. Those who do not know the city cultivate their negative prejudices. Whoever lives here knows better and doesn't want to leave. Of course, everything here is smaller than in London and New York. In contrast, many residents love Frankfurt precisely because of its “compactness“ and never tire of raving about “ internationality in a small space“. And they're right. But with the Brexit, the question of how far the cosmopolitan flair on the Main has progressed is given new impetus. Nothing has been decided yet, but the imagination knows no boundaries. All those worldly-smart people who are drawn here!!! :-)

Can Frankfurt meet your requirements? If I look at the city's marketing, I don't think so. Skyline, Romans, snoring - Asian clichés may be satisfied with this, but it's not hip.

ALSO: HOW HIPP IS FRANKURT?

Just last night I discovered a bar with a group of seminar participants in the station quarter: the Mey Weinbar in the Elbestraße. A thick wine list and varied appetizers offer the service with French accent. The hip factor is provided by the trendy furnishing of stone walls with glass lampshades. It's small here, but not tight. The limited spaces ensure a pleasant atmosphere with relaxed guests. And the music allows for entertainment.

Naturally, the station district with its hip bars is the showpiece argument when it comes to weird and unusual places: rightly so, for it has after all received the title “Place to Go“ from the New York Times. This is not least due to localities such as the “Maxie Eisen“, which specialises in New York sandwiches, or the casually modern “Stanley Diamond“ with its regional specialities. But beyond that:  who has discovered the Speak-Easy Bar “The Parlour“? He can contact us with his experiences!

NO HIPNESS WITHOUT ARTIST

No hipness without artist of course. They're in the east of town. Thus not only the “Kunstverein Familie Montez“ caused a sensation last autumn with its exhibition of Annie Leibovitz's photos. In the Atelier Frankfurt has about glove designer Evelyn Toomistu her studio. She offers leather goods with chicken feet, among other things. Apropos art: don't forget - the Night of the Museums will take place this weekend!

The streets between the Kaiserdom and the Mainufer are developing beyond the Ostend, but for some time now the streets between the Kaiserdom and the Main have been developing into the new In quarter: galleries have been there for some time now. Now design shops like the “Tree House“ or the “Design 70“, which offers weird and shrill art in the style of the 70s, are being added. And where there are cool shops, there's no shortage of cafes: around the fishermen's biscuit you'll find “Moloko by the sea“ and „Sugar Mama“, with their homemade delicacies now also the “Holy Cross Brewing Society“ - Brooklyn is the best Brooklyn has to offer even in Brooklyn.

And favorite places? Can be found in every part of town. In summer, the people of Frankfurt are driven to the nearby and hidden Schwedlersee lake when they don't just bask on the banks of the Main again, dreamily look at the skyline and congratulate themselves on being able to live in such a hip city.

Moloko at the seaside, Kurt-Schumacher-Straße 1, 60311 Frankfurt

send by e-mail
print
Two meaningful and wonderful weeks - Frankfurt reads again
This is how it works: the spring check for two-wheelers