Is this the perfect summer? Record attempt and cup final 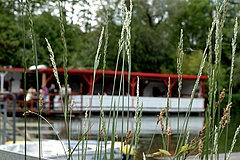 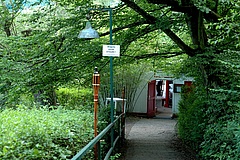 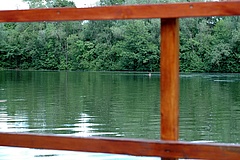 The sun, the sun and you…so with these weather forecasts my inner switch almost automatically goes into holiday mode, even when work is waiting again on Monday. All far away. Instead: Good mood and good weather. Racing cyclists then saddle their bullet and race along the banks of the Main, I prefer to chill. Now I have to tell you something: of course you can think: What? These are all InsiderFFM tips here. I'll say. But there are special tips. Like today, for instance. Because I've been wondering for quite some time whether I should really give away the favourite tip of all my favourite tips. And before someone snorts indignantly: you know how to not tie small, secret places under everyone's nose, because they are simply much too beautiful and not yet overcrowded??!!!

But I'm just a generous person and so far: Shared joy is double joy. Well, watch out! Where is the best place to chill in Frankfurt, because the surroundings invite you to relax in the middle of nature?

The perfect summer can actually be experienced at the Schwedlersee in Frankfurt Ostend. It always reminds me a bit of summer in Sweden, as I read in the books of Astrid Lindgren. Last Sunday I stopped by the boathouse of the 1st Frankfurt Swimming Club, one of the oldest swimming clubs. A small company celebrated a wedding with white tablecloths in front, two women chatted over coffee and cake on the jetty, while around the lake families with children splashed in the water.

There is hardly a place in the city that exudes more nature, more peace and quiet and at the same time offers this spectacular contrast to the surrounding city with its cranes and industrial buildings. The artificial lake was originally excavated to extend the harbour, quite square and about two metres deep. Around the pit with groundwater, lush green with bushes and trees developed. But attention: Who wants to swim in it, should be prepared to share the natural pool with its natural inhabitants (numerous fish)! ;-)

But most of all this weekend everything, but really everything, comes down to THE DFB cup final! Because with a victory Eintracht finally has the  big chance to play internationally. If Frankfurt wins, then the Europa League waves. Heart, what more do you want? I know that some people have probably already made private appointments to watch. I like to join in the fever in large groups and, as already mentioned, I bet on summer chilling: Live on two screens there will be the cup final in the Long Island Summer Lounge! Let your feet dangle in the pool and sip cool drinks in a casual atmosphere on the deck of the Börsenstraße multi-storey car park. Huiiiiii……

And another victory this summer: At green sauce day namely! What's that? Under the motto “Frankfurt eats world record“, green sauce can be eaten together for the first time at all possible places in the city on 22 June. This day is to become a special day on which Frankfurt celebrates itself and its cult dish. It is important to mobilize the whole city to celebrate the Frankfurt trademark - with the goal of setting a world record and strengthening the sense of community of peaceful coexistence. Well, I think if a city can set a world record, then Frankfurt….

Add more favourite places to chill out like in Niederrad das Orange Beach you can find here on Frankfurt Tipp.

World Record Green Sauce Day, 22 June 2017 with Rules of the Game and Localities

send by e-mail
print
Already at home?
The sweet idleness - refreshing and relaxing