The thing with the apple - and 5 traditional apple wine pubs 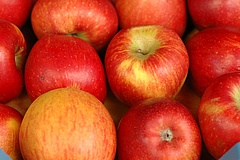 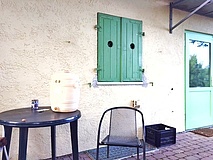 The apple is just hot again. The die-hard fans of the smartphone of the same name certainly know that, because the eighth version will be released next week. At the same time, Frankfurt is the purest apple paradise anyway. Not only because of the many quaint pubs with their own winepresses, of which I present you today five traditional apple wine pubs with their own winepresses.

When I moved to the Rhine-Main area years ago, I was totally surprised by the wide apple fields in the surrounding area. Whether around Kriftel in the Main-Taunus district or on the local Lohrberg - you can stroll wonderfully between the fruit trees. At Lohrberg you will even find the purest apple paradise, with seating, a fruit orchard centre and its own farm shop. Also nice for children: the regular training sessions around the apple trees. I am thrilled by the offer to sponsor a little tree - for example at christenings, weddings or other special occasions. J Before I forget: the Äppelfest takes place on September 17th at Lohrberg!

OH SCHRECK - THE APFEL is KNAPP

However, local winepresses lack the main ingredient for juice and wine - the apple. Varieties like the popular Boskop simply don't loll about enough on the orchard meadows this year. That is not a reason for worry lines, but normal, says the association of the Hessian apple juice pressing plants. Of course the weather was to blame again: in March the frost killed the delicate tree blossoms. But the bad mood of nature can be helped: To ensure that enough fruit is pressed and becomes delicious juice for us, producers like Possmann and Nöll call on us to collect fallen fruit. What the apple yields is taken away for a fee... Therefore the motto of the hour is: whoever loves his ebb-woman collects!

· Zum Buschcheer Schwarzsteinkautweg 17, 60598 Frankfurt
Since 1876, guests have enjoyed traditional dishes such as ribs with cabbage or an apple wine tasting.

· Apfelwein Klein, Bettinastraße 16, 63067 Offenbach. The Klein family is already the fifth generation to run the cider business with its popular bowling alley, Hessian specialities and its own wine press.

· Momberger, Alt-Heddernheim 13, 60439 Frankfurt.
The parent house dates from the 16th century and is personally run by the family, who attach great importance to their guests feeling at home.

· Zum Rad Leonardsgasse 2, 60389 Frankfurt,
The Apfelweinwirtschaft lies just behind Bornheim, in the tranquil Seckbach, where the apple wine culture has been cultivated for over 200 years.

· Solzer, Berger Straße, 60385 Frankfurt. Since 1893, it has been owned by the Solzer family and sits beautifully indoors or in the garden at Ebbelwei and the popular speciality, a Frankfurt dumpling filled with liver sausage.

send by e-mail
print
Too many festivals?
Frankfurt - to show off?