Vintage Shopping - what is this? 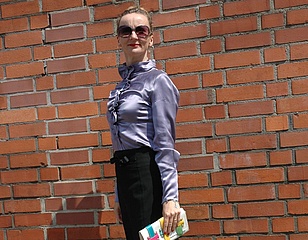 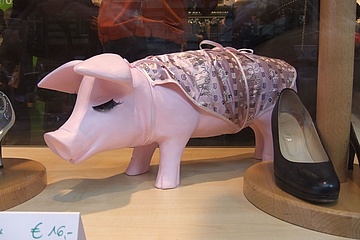 No magazine, no newspaper, rarely a fashion blog on which sooner or later the magic word of the "vintage" style does not fall. But what is this actually and was there not even something with "Second Hand"? The definition can probably be argued about, but second hand, used or already worn clothing is always. I guess the V word just sounds more modern, hip. And I also associate it with prettier clothes. But that doesn't have to be.

However, not only the style, but also the purse and conscience can be protected with Vintage shopping. I am rather of the practical kind and the idea comes to me to buy something fresh in top condition, which another woman simply doesn't like anymore. How many things does everyone have in the closet that are either never worn or barely worn? But it's good if you can find a new owner for it.

But above all it's the individual touch that Vintage gives an outfit: Where else would it come from if x-andere also wear the chic coat from the fashion chain like I do? Now ruffles are again announced - in one of my dearest Second hand shops, the Aschenputtel, I have found about 1.5 years ago a ruffle blouse made of satin by Boss - a true unique specimen meanwhile - and this is then vintage. The Aschenputtel offers current fashion, many designer labels, whereby the owner carefully chooses how I experienced during a shopping tour. There's the smaller shop. Opposite is the newer, larger one, both directly behind the Kleinmarkthalle in the city centre. Colourful fur vests were already hanging on the pole in the vintage shop when there was no mention of them at all in magazines. Vintage in the best sense of the word creates new trends - on the street, by street style.

send by e-mail
print
Art and Carnival
Funkytown: Five ideas for the carnival night - from Sachse ..