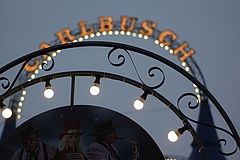 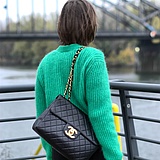 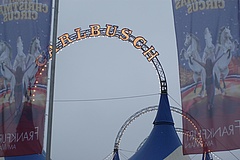 A Happy New Year. Welcome to the new 20s. I hope you all got in safely! If you're like me, the first thing I always like to do is drive stakes: Vacation dates, camps. To keep the essential ;-)

To give structure to the unknown that lies before you. And to motivate myself for the everyday life.

Where are the small and big freedoms, the everyday pleasures? The fun?

Even if resolutions are not my thing (there are still some untouched from three years ago lying around here, who else?), the hamster wheel doesn't have to start up again.</Where does life take place in Frankfurt? Less routine, more life, as the American teacher and reformer Amos Bronson Alcott so aptly and wisely formulated two hundred years ago. So where does life take place in Frankfurt at the beginning of the year? EXCHANGE STATUS SHOPPEN

· If you have planned to do more for 2020 and prefer to swap instead of shopping, you will immediately remember the following date: 1. February.

There will be a bag and shoe exchange party at the leather museum in Offenbach. Important: Well preserved pieces must be handed in between 14 and 18 January from 14 to 17 o'clock! Why? To get the value voucher for the actual exchange then in February.

· The Hessen-Woche takes no end, no skiing planned, but a gang of rattle at home? Well, off to the movies then.
Where? From 6 to 12 January, the Deutsches Filmmuseum will not only feature additional children's films in its programme.

No, the film projector also starts up at late noon. Shaun - the sheep is there, for children aged four and up!

· fancy laughter and satire? If you don't want to get upset about the stupidity of others, leave it to the satirist Urban Priol. He is currently touring the country with his usual biting review of the year. In Frankfurt on January 11th.

· Or how about a visit to the Circus again? "Carl Busch" at the skating rink in the east of the city is directly on my gassiround. The blue-white tent with its impressive arc shines particularly beautifully in the early evening hours. Frankfurt-Tip!

send by e-mail
print
what do I give for Christmas? Last Minute Tips
what helps against the January blues?