Yokohama, gardens and Co: what I learned on my Japan trip 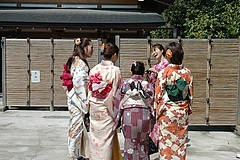 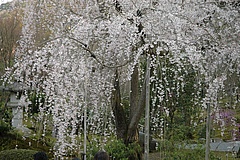 This week a festival is taking place in Frankfurt am Main that makes me especially emotional: The first Japan Festival “Main-Matsuri“. (You'll find all information about the festival here on Frankfurt-Tipp.)

I'm not only looking forward to the opportunity to enjoy authentic streetfood or the cultural highlights of the three-day festival. It is also a possibility to satisfy my longing for this beautiful country, for Frankfurt's unique and fascinating partnership Yokohama and especially for my Japanese girlfriend Satoko.

In Frankfurt live an incredible amount of Japanese, who send their children to the Japanese school in Hausen and like to buy fish at  Venos in Rödelheim. I met my girlfriend many years ago in a German language school. Like many Japanese housewives, she learned a little German while her husband was sent to Frankfurt or Europe for a few years. So we befriended each other. When I asked her what she would appreciate most about her life in Germany, Satoko replied: “The closing hours on Sunday“.

Japanese would spend their days off shopping. Here in Germany, on the other hand, they could go out and play football with the children or simply enjoy the day in peace. By the way, the family lived in a cute row house in Praunheim that they handed over to the next Japanese family when they moved back to Yokohama.

Yokohama at all. How lucky Frankfurt is to have this unusually western city on the east coast of the main island of Honshu as its twin city. From beautiful parks to the exciting Chinatown to the Ferris wheel at the harbor and its gigantic pier, constructed entirely of wood and imitating the shape of a boat.

When I visited my friends at home in Yokohama, the most lasting moment was that my girlfriend's husband always immediately changed to pajamas when he came out of the office. Once we had to go to a drugstore to buy a bus ticket for me (!), there he simply threw himself a parka over the terry cloth suit. I spent five days alone in the old imperial city of Kyoto. I've never seen a quieter city. Everything's going its way. I also learned a little about culture: no eating in public, no blowing my nose. In the high-speed train “Shinkansen“, which arrives more punctually than punctually, there is holy silence because everyone is asleep. In the department stores, lift attendants wear white gloves. Of course there is blue food, the Japanese have less fear of contact than we do here :-) And the Japanese are incredibly proud of the Tokyo Tower in the capital.

The nature of the country with its fine flowers and trees seemed so strange and filigree - I recognize it in the artistic traditional kimonos, the wafer-thin paper art of origami or the fine art of writing. The tamed beauty of nature unfolds above all in the splendour of the temple gardens and parks. We can also get an idea of their beauty in Frankfurt, in the chinese garden with its waterfall and the traditional zigzag bridge (from summer 2019 the garden should finally be opened again) or the Korean one, the because of deliberate destruction only limited access is currently. My whole personal Asian moments in Frankfurt I had written down for you.

I experienced the Japanese language in a very exciting and calming way: practicing the handwritten characters was almost like meditation because it required concentration and care. And a characteristic of Japanese culture: uniformity, harmony and no individual deviations in swing - my teacher was always almost over the moon when I did not meticulously place the pen exactly where it was supposed to be. Foreign to me as a European. I found the fact that everything has its place in Japan very pleasant in places. (Of course I'm also aware of the disadvantages.) But foreigner I had freedom of fool anyway.

So I have a lot of room in my heart for Japan, only one little thing drove me crazy in my Japanese Bed & Breakfast in Kyoto: the things with the slippers - street shoes off, slippers on in the house. So far so good. A woman can still get used to that. But then: House slippers before the bath off, toilet slippers on! Nobody can imagine how many imprecations I have cast out when I was trampled into the toilet again with my house slippers…and because there is only limited space for the Internet, I have to conclude for today with my view of the country that this weekend invites to the festival in Frankfurt at Cronberg-Platz and yet does not know any street names of its own.

Had I made you fancy the Asian culture and its idiosyncrasies? Then I'll already tell you what I won't miss in September either: The Asian Food Festival! The big hit is the location: In the Brentano-Bath there's the "Genuss-Sause", which wants to celebrate the colourful character of the Asian world and serve the international understanding. Until then and for today: Jyane!

- Various shops in the Fahrgasse, 60311 Frankfurt

There are so many good restaurants in Frankfurt that I would like to name my personal favourite because I always ate there with my Japanese friends:

send by e-mail
print
Dark corners, cool bars - Where Frankfurt is most urban
Cute or curious - my 10 favourite fountains in Frankfurt