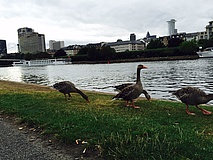 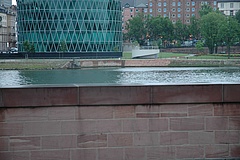 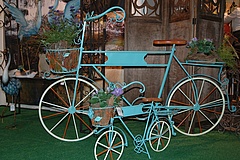 Goodbye summer, September let us embrace you: finally we plunge into the most beautiful undertakings without nasty sweating. The Main beckons, the Taunus is near and the bike wants to be moved again. If your wallet is threatening to burst, you will surely find something to do this weekend and who of you already knows all of Frankfurt's districts?

On Saturday the bridge will shake again in our fashion and creative district, sorry for the joke :-) The Brückenviertel in Sachsenhausen celebrates the new collections in the shops on Wall- and Brückenstraße and offers delicious food to feast on. What do you imagine under "<link http: www.peggysuefrankfurt.de tag brueckenviertel _blank>Peggy Sue Frankfurt meets The Pink Motel" ? Well, that's the name of the cocktail stand of the eponymous store for 50s and 60s fashion. Don't forget your wallet and because of the cocktails it's best to arrive without a car ;-) Date: 11am-2pm.

Where is the best way to enjoy the late summer? On the boat. If you book a trip on the Primus Line, you can enjoy a few hours of vacation in the city ; not to mention the stunning skyline in the evening. Party people like to find themselves on the ship during the week, the weekend is suitable for families. How about a route of <link http: www.primus-linie.de de fahrten route-der-industriekultur-2015.113.html _blank>industrial culture or a <link http: www.primus-linie.de de fahrten sonntagsbrunch.80.html _blank>Sunday brunch on Main?

It's not only for those who like to reach for the summit that a trip to the Taunus, high up to the Feldberg, is worthwhile. The highest elevation in Frankfurt's near surroundings. Different hiking trails lead to the destination, at the top rewarded not only the gastronomy, but also the incomparable view of the scenery of Frankfurt. Highlight: the 2011 erected <link http: www.taunus-zeitung.de lokales hochtaunus _blank>summit cross.

.With the disappearance of summer finally rests the guilty conscience that always drove us outside, although there is so much to look at indoors. Sundays at the Städel, for example: Every month, curators and other art experts present a selected work of art from the popular museum's collection. This picture is discussed in detail and visitors are given an insight into current art historical research. So art fans should keep 6.9., 12 o'clock in mind. Then a work by <link http: www.staedelmuseum.de de angebote das-bild-des-monats _blank>August Macke, one of my favorite painters, will be explained.

Explore the Gutleutviertel in the west of the city by bike, which derives its name from the medieval "Gutleuthof". Start from the main train station for this in the direction of the Main. Squeezed between the tracks of the <link http: frankfurt-interaktiv.de frankfurt stadtteile bahnhofsviertel.html _blank zum>Hauptbahnhof in the north, the busy Baseler Straße in the east, the former Westhafen in the south and the combined heat and power plant in the west, the district opens up towards the Main. The "Gutleut" has a similar multicultural hustle and bustle as the neighbouring <link http: frankfurt-interaktiv.de frankfurt stadtteile bahnhofsviertel.html _blank>Bahnhofsviertel. The architectural highlight is the 112-metre-high "Westhafen Tower", completed in 2003. Because of its shape and the rhombus-like facade structure, which resembles the typical apple cider glass, the "<link http: frankfurt-interaktiv.de frankfurt apfelwein apfelwein_zubehoer.html _blank>Gerippten", the "Westhafen-Tower" is considered by Frankfurt residents to be the largest "Ebbelweiglas" in the world.

The character of the Gutleut is probably best described as: rough charm and light swell. If you can, take a sailing trip around the harbour basin, as the best view of the modern architecture but also the industrial charm of this part of town is from the water. You don't know how to sail? You can change that here: sailing courses are offered by the <link https: www.vhs.frankfurt.de desktopdefault.aspx tabid-6 _blank>Volkshochschule and the <link http: www.segel-center-frankfurt.de startseite _blank>Segelcenter, among others.