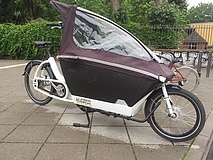 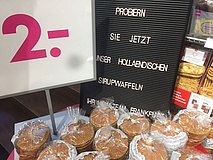 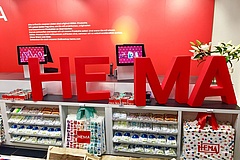 Something surely comes to everyone's mind about our neighboring country, the Netherlands. We think of Mrs. Antje with the cheese, of wooden shoes and windmills in front of tulip fields. Maybe we also remember a holiday on one of the beautiful islands on the Dutch coast or a city trip to Amsterdam.

Yeah, I'm feeling kind of Dutch this week. And that's despite the fact that we're unfortunately going to the World Cup, which is just around the corner, without our favourite opponent. That's a bit of a shame, don't you think? (Anyway, next week I'll introduce you to the best places to watch football. So: Make a note for the next blog!!!)

Today I'm in a Dutch mood, as I said before, because the Whitsun holiday at the Dutch coast is behind me. The flat country is so much my thing. There is cycled what the bike gives. And every time I return from the beautiful neighbouring country a little more delighted.

Besides the droll language, what I like in Holland is the design or, more precisely, the prevailing sense of practicality.

And the sense of commerce! That suits us quite well in Frankfurt, doesn't it? The fact that the word "Börse" (stock exchange) is derived from the Dutch "Beurs" is not really surprising.

When I first moved to Frankfurt, I was surprised and delighted to learn how closely the city is linked to the Netherlands: if you follow Holland's footsteps, you will find what you are looking for surprisingly quickly.

With the immigration of merchants from the Netherlands and France, persecuted for their Protestant faith, wholesale trade and banking became established in Frankfurt in the course of the 16th century. While the first stock exchange traders initially met at the Römer, they later moved to the stately "Großer Braunfels" house on Liebfrauenberg. So they used the most important and most spacious building of the city as a permanent meeting place.

But back to the modern age and thus to the perennial "city traffic" - in the blog I had just asked the bicycle question, for all those who want to use their car even less in the future. Lately, I have often noticed these unspeakably practical wire donkeys from Holland, so-called Cargo models, which have long been part of Amsterdam's cityscape and with which loads can be transported immensely in front. Whether dog, child or cone, these practical vehicles are a cool and clean alternative for city traffic. The Bike Boutique on the Gallusanlage in Frankfurt, for example, offers cargo bikes made in Weiterstadt.

But if cycling doesn't quench my Holland cravings, for some time now I've been able to take a detour to the cult Dutch department store "HEMA" on the Zeil. So a few "lekkere" syrup waffles for afternoon coffee and the world looks much better again. HEMA offers practical things for everyday life - from towels to candles and waffles. If you want to know more about the department store, read on here.

Do you know any other Dutch traces in Frankfurt?

send by e-mail
print
Do we love our favorite places to death? Barbecuing in Fra ..
Watching football together - my five favourite pubs