What is special about Frankfurt? 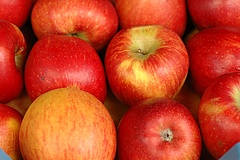 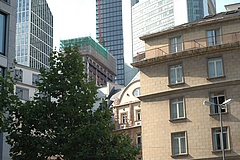 "Un es will merr net in mein Kopp enei, Wie kann nor e Mensch net von Frankfort sei", cried the local poet and journalist Friedrich Stoltze in his chest tone of conviction. If we had asked him what was so special about Frankfurt, his list would probably have been endless. I have pulled myself together and present you today my 5 things that make our city so unique for me.

We have often thought together here, what makes our city so lovable or worth living. Frankfurt always does well in city rankings when it comes to quality of life.

But what is it that actually sets us apart from the other places?

What makes Frankfurt stand out within the country?

"World city with tradition" - this is the motto the Römer found for its Open Day, which invited a diverse program last weekend.

Five things that make our city so unique

&.middot; The skyline, of course

If there's one thing Frankfurt can boast as a unique selling point in Germany, it's its skyscrapers. To Asian tourists, it may all seem tranquil. In this country, it's simply imposing. Who has crossed the Old Bridge without sighing? Who has enjoyed the view from the Dribbedach (Sachsenhausen) in summer?

&middot; The love of apples and the corresponding wine. Of course, the regional swill is something man must have tried once. (I have. Not so mine. Instead, I rave about the Mispelchen.) And one of the first local delights as a new addition ages ago was hand cheese (with music). Yum!

&middot; Its diversity in a small space. It may be a cliché. In my eyes, the closeness of the lifestyles that coexist enormously determines our attitude to life in Frankfurt. The Persian restaurants that border the Polish travel agency in Gutleut. Or the Brazilian shop, in the immediate vicinity of the Asian supermarket in the Fahrgasse in the city centre, for example.

&middot; The central location in Germany. To reach Paris or Munich in just under four hours by train, I think it's fabulous. To the Dutch North Sea coast it is a little more. The airport links us to the whole world.

&middot; And the density of museums? We have about sixty major and minor museums to show for it. Like so much else in the city, art is close at hand. Antiquity meets caricatures or modern masters. Or the Struwelpeter Museum in the new old town!
Like our skyline, the Museeumsmeile is unique in Europe.

My five facts that make Frankfurt special to me. Okay, I have a bonus.

&middot; The Paulskirche as a historical testimony to the beginnings of German parliamentarism, the freedom movement.

Or is it Oberrad, Fechenheim is east or Höchst in the west? Is it the city forest? The cool Hanauer Landstrasse? Or is it simply the people who live here?

What do you think? Do you guys agree with my specifics?