Where Frankfurt is Funniest 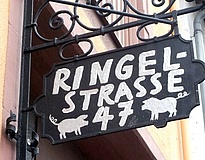 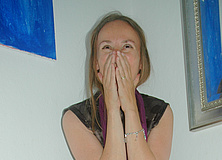 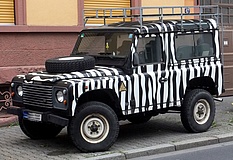 Outside, the sun is finally shining from the sky again, the inner radar is already setting itself up for spring, and then the sky is covered in clouds again the next morning. A little bit of warmth and sunshine lifts the mood so much, the longing to finally pack away the winter clothes and have the summer tires changed increases. But there is hope! Although I don't have any secret sources at the Offenbach weather service, Frankfurt has a lot to offer that makes us smile and thus raises our mood as well as our zest for life. Which city has its own museum dedicated to humour and satire? Which city is home to vast numbers of satirists? Satire magazines? Besides all the places of joy, wit and esprit, I haven't even mentioned the cultural sites yet...but I will in a moment. Before I do, I have to ask: what city has an entire neighborhood, (incorporated though, but counts. Because in is in.) that describes itself as funny?

Caricatura Museum A permanent permanent exhibition on the upper floor is dedicated to the "New Frankfurt School":

The great satirists, multi-talented, placed themselves in the tradition of the great Frankfurt thinkers Horkheimer and Adorno by other means as the "New Frankfurt School."<x><N</x>The Käs. Offers cabaret at its best. Still successful with loyal audience after change of ownership in 2013.

The Schmiere All about satire since the 50s and an institution in town that fans of mockery can't go past.

"Satire and Schnapps" gather for some time in the Mainkurstraße in the "Henscheid" according to own information instead of as in former times in the "Klabunt". It is named after a "great satirist" Eckhard Henscheid, also a member of the New Frankfurt School.

Bornheim. The funny village is not only loved by its inhabitants because of the lively pub scene on Berger Straße, its village-like character as well as the peaceful coexistence of locals and "Eingeplackten" as newcomers are called here. The New York Times also recommended Bornheim for a trip: "Once Merry, Now Cool."

Who else has ideas for fun and mockery? Gladly send to Frankfurt-Tipp