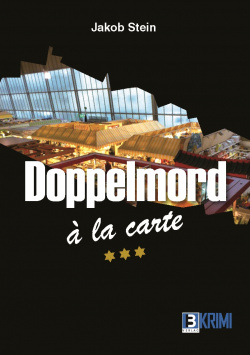 The Kleinmarkthalle in Frankfurt has everything your culinary heart desires. In the very special atmosphere different traders offer their delicious, mostly very high-quality goods for sale, whereby not only different country specialities, but also completely different characters behind the market counter provide a colourful picture and the unique atmosphere, which is so popular and appreciated by the customers. Life pulsates here. But Martin Schwaner, Chief Commissioner of the Frankfurt Homicide Commission, has to find out on a sunny Monday morning in late summer that the Kleinmarkthalle can also have its dark sides. Because the body of the stand operator Alexis Kazikis is found in cold store number 4. It quickly becomes clear that this is not an accident, but murder. But who would want to kill the man who is so popular everywhere? When shortly afterwards the lifeless body of star chef Mirko Leininger is found in the Main, there seems to be no connection between the two deaths, especially since Leininger apparently committed suicide. But the longer Schwaner and his colleagues deal with these cases, the more culinary secrets come to light, which soon throw a whole new light on the events...

With his first detective novel "Doppelmord" Jakob Stein has published an entertaining work that spices up his entertaining and quite exciting story with a lot of Frankfurt local colour. The fact that some route descriptions have been very detailed or that unnecessary location information is used for non-Frankfurters will not bother Frankfurt thriller fans in the least. For even though the story and its protagonists are pure fiction, the image of the Main metropolis, drawn by Stein, seems very realistic and thus has a high recognition value.

The story itself is well constructed and has a few nice ideas that lead to a pleasantly high reading pleasure. The resolution on the last four pages may seem a bit rushed, but this is really not uncommon for the crime genre. Nevertheless, a somewhat more detailed end would certainly have strengthened the positive overall impression a little.

"double murder" is light crime entertainment in the best sense of the word. Here and there there there are still small stylistic weaknesses such as words that are repeated several times in a sentence. Nonetheless, the novel reads very pleasantly and at the end even makes sure that after reading it one strolls through the Kleinmarkthalle with a much more interesting view. If you are still looking for exciting summer reading, you can confidently take a look at this Frankfurt thriller worth reading. Recommended]