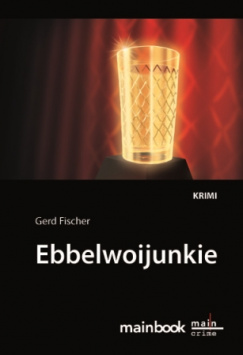 Commissioner Andreas Rauscher has it really not easy in his now ninth case. After his previous investigation through his love of harmony was a matter close to his heart, this time Rauscher is really personally touched. Because an EU politician is murdered who intended to spoil Hesse's beloved apple wine. And of all people an advocate of the Ebbelwoi culture should be the perpetrator. Rauscher does not and cannot believe in this. And so he starts a fight with his boss, with whom he has been at war since the Eintracht case, with the result that he is suspended. Of course, this does not stop a Rauscher from investigating further. Even when he realises that his new girlfriend, Commissioner Jana Kern, who is also on duty, is suffering from his hothead and that his colleagues are turning their backs on him, he does not abandon the case. But then his son Mäxchen will also be dragged in with…      his son.nbsp;                                             e e a e a e a e a a  a  e a &nbsp.nbsp;             e&gt.nbsp;

"Ebbelwoijunkie"" is the most personal case yet for the investigator from Frankfurt - and not only because of his great love for cider. His professional future and private happiness are also at stake in the new Rauscher thriller. For loyal readers, who have long since grown fond of the characters, this of course adds to the suspense of the entertaining novel. Since in the end the case will be solved, but for Rauscher himself much remains unclear, it will be interesting to see how his future will develop - and whether he has learned from the mistakes of the past.

Because it's always his lack of control that gets him and others into trouble - even though this character trait has helped him solve his cases many times before. Should he still keep his stubbornness at the current level, however, he would run the risk not only of losing his private happiness and his friendly colleagues, but also of slowly making fun of his readers. But everything points to changes in the tenth book - whatever they may look like. One can be curious!

Gerd Fischer has once again constructed a crime story enriched with a lot of local colour, which, after aircraft noise, gentrification of the city or harmony with the Ebbelwoi, once again deals with a topic that is close to the hearts of many Frankfurters. Like its predecessors, the book is written very entertainingly, so that the 246 pages are quickly devoured. When you read it, you notice that a real Frankfurt lover has hit the keys here. This is exactly what makes "Ebbelwoijunkie" an exciting, entertaining Frankfurt thriller, which successfully continues the Rauscher series and offers all lovers of the Main metropolis an entertaining read with a lot of local colour and its regionally oriented history. Therefore, for the book, in which even our Lord Mayor is presented as a fighter against EU regulatory madness and for the preservation of our apple wine culture, there is a very clear one: Worth reading!