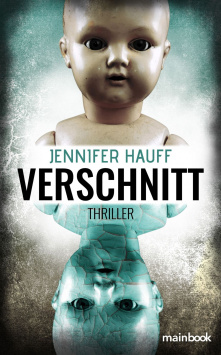 Surgery nurse Liane shines in her job at the Taunus Clinic. Her head doctor is pediatric surgeon Johannes Gelders, who has no idea that there is a long-ago connection between him and Liane. For Liane it is clear: Gelders, who performs gender-altering operations on children, has destroyed her family. And for that, Liane is out for revenge. During her carefully planned campaign of revenge, she finds out that the doctor is conducting illegal hormone experiments and is literally over the dead bodies for it. Liane seems to be getting closer and closer to her goal, but in doing so she not only puts herself more and more in danger.

"Verschnitt" is not a typical Frankfurt thriller. The book is set in the Main metropolis, but the city plays only a minor role here, but contributes to the special atmosphere of the story. The story is told from different perspectives, which is always a difficult task. Because often it only succeeds to a limited extent to give the individual protagonists their own voice. Jennifer Hauff succeeds very well. The characters into whose minds the readers are allowed to dive here - Liane, Dr. Gelders and Liane's brother Lutz) are clearly distinguishable from one another. In addition, the author manages to keep adding new facets and interesting twists to the story by switching perspectives.

At all, the plot structure is one of the thriller's great strengths. Hauff keeps readers in the dark for a long time about where the journey is going and what Liane's intentions and motivations are. The pivotal topic, inspired by true events surrounding gender-altering surgery, is handled sensitively, informatively, and thankfully not at all lurid or didactic. This could easily have missed the mark, but Hauff always hits the right tone. As a result, she has succeeded in creating a gripping thriller as well as a stirring drama that picks up the pace considerably towards the end and repeatedly eludes any all-too-clear predictability.

Even in light of the fact that "Verschnitt" is the Frankfurt-born author's first thriller after two books for young readers, the result is all the more impressive. She has succeeded in writing a book that captivates the reader while reading it, but at the same time also raises awareness of the issue of operations on children born intersex. A suspenseful, profound and yet extremely entertaining thriller that lingers long after the end. Worth reading!