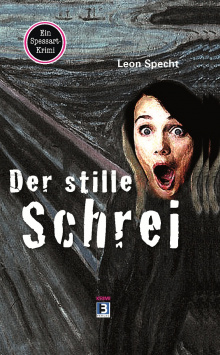 Claudia Röder could actually lead a contemplative life. She lives in a pretty house in Jossgrund, Hesse, an idyllic region in the Spessart region. Her husband is popular and influential far beyond the town. Luxury is omnipresent in Claudia's life. But she feels trapped in her golden cage, because her husband is a bad choleric man who not only beats her regularly, but also rapes her. When Claudia seeks help from a psychologist in Frankfurt, he gives her an unusual advice: she should complete a running training and participate in the Frankfurt Marathon. Physical work towards this specific goal would bring them closer to solving their problems. However, this doesn't seem to be the case at first when she meets her running coach Tim and a very special friendship develops between the two. Because the training is a thorn in her husband's side, which he tries to pull very violently again. But for Claudia this is only more incentive to continue training...

"Der stille Schrei" is the first of three planned Spessart detective stories published by the Hessian management consultant and psychologist Dr. Hans-Jürgen Breuer under the pseudonym Leon Specht. He spices up the struggle of a tormented wife to free herself from her victim role with a lot of local colour, whereby not only Burgjoss and Bad Orb, but also Frankfurt play an important role. It should be noted in the book that the author is familiar with the region he describes and that he also likes it very much. Because it is the local colour that makes this book so entertaining. His psychological expertise also has a positive effect on the story, which otherwise has a few minor dramaturgy weaknesses.

However, these could be due to the narrative perspective. Since the story, apart from a rather unnecessary prologue, is written from Claudia's perspective, it's all too understandable that some emotional developments of other characters, like her best friend or her trainer Tim, get a bit too little attention and then, when presented as fact, don't always seem quite comprehensible to the reader. What this is about, of course, should not be revealed at this point. But if you get the impression of a certain superficiality while reading, you should definitely remember from whose point of view the story is written. This puts many a possible point of criticism in the right light again.

A few stylistic weaknesses are noticeable here and there, though. So surely no one whose life is determined by constant shopping tours would speak of her constantly being in "temples of consumption". And also expressions like "stared rigidly ahead" should be avoided if possible. Nevertheless, this psycho-drama is always entertaining. And it doesn't always have to be the big literature that sweetens the evening, the weekend or the holiday. Therefore: if you like entertaining entertainment somewhere between thriller and drama, spiced with a lot of local color, you can listen to this "silent scream". Recommended]