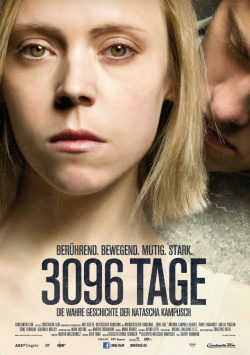 The kidnapping of Natascha Kampusch was one of the most sensational criminal cases of recent decades. People all over the world were moved by the fate of the girl from Vienna, who was kidnapped at the age of 10 on her way to school by the unemployed communications engineer Wolfgang Priklopil and held captive for eight and a half years in a cellar dungeon under his house. It was not until 2006 that Natascha, now 18, managed to escape, whereupon her tormentor took his own life. The media immediately pounced on the girl, sometimes putting forward wild conspiracy theories, which Kampusch tried to put a stop to by going public herself. But with her interviews and an autobiography published in 2010, Natascha Kampusch did not only make friends. Now that she is earning money by marketing her fate, many people, especially in her home country, resent her.

What happened to Natascha Kampusch is an unimaginable horror. No matter how many questions remain unanswered and no matter whether she conceals some truths or not, one has to accept and certainly respect her decision to deal with her traumatic experiences in public. And certainly every penny she earns from the book, interviews and sale of the film rights is little consolation for what Priklopil took from her. In that respect, the film adaptation of her story is a perfectly justifiable thing. That doesn't mean, however, that you should automatically find the film moving and poignant.

3096 Days is the legacy of Bernd Eichinger, who died in 2011. He had secured the rights to Natascha Kampusch's book in 2010 and created a script fragment based on the book and some conversations with the young woman, but he was unable to complete it. This difficult task was eventually taken on by Ruth Toma (Solino, Emma's Luck), whose script was eventually filmed by Sherry Hormann (Desert Flower). Designed for an international market, the production was shot in English, which meant that the choice of actors was not limited to German-speaking countries.

All those involved made an obvious effort to make the story as authentic and gentle as possible. Priklopil's house, for example, was recreated almost identically in the studio, which also makes for an oppressive atmosphere thanks to Michael Ballhaus' engaging camerawork. The intense acting of Thure Lindhardt (The Truth About Men) expresses exactly what Kampusch had said about her abductor shortly after her escape: that he had carried her on his hands and trampled her underfoot. Without in any way making him a sympathetic figure or trivializing his actions, Lindhardt manages very well to illustrate the different sides of Priklopil: his outbursts of rage, his sometimes somewhat playful, then again almost fatherly behavior, all expressions of a single sick fantasy of omnipotence. This portrayal is no less impressive than the performances of Amelia Pidgeon and Antonia Campbell-Hughes, who play Natascha Kampusch with abandon at ages 10 and 14-18, respectively.

However, as good as the actors are and as authentic as the set is, the film remains strangely powerless and undercool. As much as Sherry Hormann has tried to tell the horrific story in a restrained, yet relentlessly honest way rather than in a striking manner, she has rarely really succeeded. Many moments seem as if she had to forcefully convey to the audience that they should now be affected and shocked. However, this manipulative staging has a rather opposite effect. Especially in direct comparison to the almost stoically staged Michael by Markus Schleinzer, who told a very similar story in it in 2011, it becomes clear how much more restraint and subtlety could have been put on display here. Especially since the story itself is well known, the film could have focused even more intensely on the psychological aspects of the relationship between perpetrator and victim, which would certainly have intensified the effect significantly.

Another negative aspect is the dubbing. In many moments it is not only too obviously far away from being lip-sync, it also seems almost a bit amateurish in some scenes. German dubbing studios have proven time and again that this can be done much better. But what was delivered here is simply not a good job.

3096 days tells a moving and frightening story, which is brought to the screen by great actors. That the realization ultimately cannot unleash the power that the fate of Natascha Kampusch and also the performance of the actors deserved is not only a shame, but also almost a little annoying due to the high attention paid to the work.