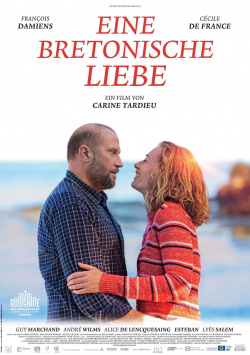 In his job as a mine defuser, Erwan (Fran&ccedil;ois Damiens) must always keep a cool head. In his private life, however, he succeeds less well. Because not only that his daughter Juliette (Alice de Lencquesaing) is pregnant and does not want to reveal that he is a father. Then, through an investigation, it turns out that Erwan's dad Bastien (Guy Marchand) can't be his biological father and that he seems to have adopted him. Instead of confronting Bastien, Erwan secretly sets out to find his real father, whom he soon believes he has found in Joseph (Andr&eacute; Wilms). And as if all that weren't enough emotional chaos, now of all times he meets quick-witted Anna (C&eacute;cile de France), with whom he falls head over heels - until he learns who she really is.

A Breton Love is a charming romantic comedy that uses endearing characters and delicious situational comedy to make up for plot elements that seem overly contrived in places. The story is full of twists and turns, but none of them are really surprising. But that hardly bothers. For the execution is so amusing and heartfelt that the lack of originality becomes a minor matter. Much of this is due to the fine cast. Fran&ccedil;ois Damiens is simply wonderful as a mine defuser on the verge of a nervous breakdown. Even though he may look rather unimpressive, it is absolutely understandable why the adorable Anna is drawn to him. The fact that Damiens and C&eacute;cile de France have perfect chemistry is more than helpful.

Carine Tardieu has succeeded in making a film that makes you laugh heartily, but also pine uninhibitedly - all embedded in wonderful shots of the Breton countryside. The film is a romantic fairy tale without much depth and with some overdrawn characters, but instead with a lot of heart and wonderfully constructed situation comedy. Tardieu finds just the right tone here. Even when things get a little silly, she never overshoots the mark. She refrains from cheap jokes and overly hectic hustle and bustle, which gives the whole production a certain charm that even the not-so-successful moments can benefit from.

A Breton Love is a film in which you, as a viewer, can simply let yourself fall. You don't have to strain your little grey cells much, but you won't have your intelligence insulted by flat gags either. It's simply a nice movie that spreads good mood and a pleasant warmth around the heart. If you want to take a little time out from everyday life and appreciate French romantic comedies of the particularly endearing kind, you shouldn't miss this film. Absolutely worth seeing

Cinema trailer for the movie "A Breton Love (Frankreich 2017)"
Loading the player ...