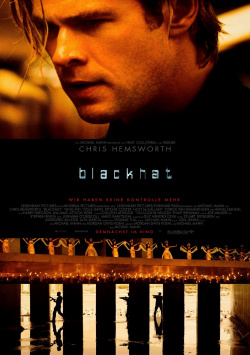 When a malicious program leads to a disaster at a nuclear power plant in Hong Kong, Captain Chen Dawai (Wang Leehom) is assigned by the Ministry of Defense Cybercrime to track down the masterminds behind the attack. When the same software is used to attack the American stock exchange a short time later, China and the US decide to work together on the case. When Captain Chen suggests to FBI agent Carol Barrett (Viola Davis) that she bring in imprisoned hacker Nicholas Hathaway (Chris Hemsworth), with whom he studied at MIT, the first tensions between the disparate investigators begin to make themselves felt. For Barrett feels it is far too high a price to pay to grant freedom to an enemy of the state like Hathaway, in order to put a stop to a cyber-terrorist in contrast. But the case takes on increasingly dangerous proportions, so they simply can not do without the help of a genius hacker like Hathaway. However, he must quickly realize that he is dealing with an enemy against whom even his skills seem to be powerless.

With Blackhat director Michael Mann moves on what is actually safe terrain for him. For with films like Heat or Collateral he has proven himself a master of contemporary thriller and action cinema. Mann's films usually stand out from the crowd simply because of his very special visual style. So a fast-paced cyberthriller seemed to be in good hands with the producer of the cult series Miami Vice. And indeed, Mann's first directorial effort in six years promises to be high-quality suspense cinema. A red-hot, exciting story, atmospheric visuals and good actors make for an absolutely successful start that shows the director in top form.

But unfortunately the film can't deliver at the end what the beginning promises. The story becomes increasingly confused and gets lost again and again in logic holes, which are simply too big, so that they could still cover the positive aspects. The sometimes too extremely shaky hand-held camera also dulls the enjoyment of the few action sequences, which otherwise are executed first class. And so the initial suspense eventually turns into plodding boredom, which is only occasionally interrupted by small dramaturgical highlights.

If the script had not concentrated too often on unnecessary sideshows and instead put a little more focus on the development of the characters, then Blackhat could have been a really good film. Because the underlying concept of the story offers enough entertainment potential and also the actors are much better than they are allowed to prove here. As it is, however, both director Michael Mann and the cast sell themselves far short for a half-baked cyber thriller that would like to be cleverer than it ends up being. Not a total flop, but unfortunately nowhere near what you should have expected from Michael Mann. For this there is only one: With cutbacks still worth seeing!