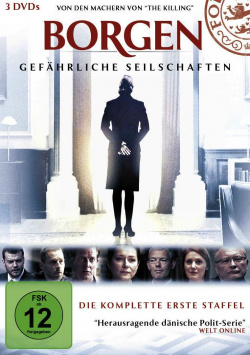 Content: The election campaign in Denmark enters its decisive phase. After incumbent Prime Minister Lars Hesselboe is accused of financial disloyalty just days before the election, as purchase receipts emerge proving he paid for clothes for his wife at state expense, Michael Laugesen of the Labour Party, who made the receipts public, sees his big moment coming. But he has not reckoned with the voters. They are deciding against the two squabblers and in favour of the Moderate Party. And so Brigitte Nyborg (Sidse Babett Knudsen) is unexpectedly confronted with the fact that she will be the first female prime minister to take over the affairs of state. But it soon turns out how difficult this task is. For not only must a suitable coalition partner be found in order to build a stable and quorate government. Time and again Nyborg also has to fight for respect and recognition in a political circus dominated by men. With the help of her political advisor Kasper Juul (Pilou Asbæk) and support from her husband, professor Phillip Christensen (Mikael Birkkjær), she aims to master the difficult tasks ahead. But intrigues within the state apparatus, the merciless press, with Kasper's ex in particular, TV1 presenter Katrine Fønsmark (Brigitte Hjort Sørensen), always causing trouble, and finally the increasing tensions in her family make it difficult for Nyborg to successfully balance her roles as prime minister, wife and mother...

Borgen - Dangerous Ropes skillfully blends entertainment and ambition, cleverly incorporating effective clichés into its cleverly constructed dramaturgy and spicing it all up with intelligent dialogue and gripping plot twists. The Danish political drama also boasts excellently drawn characters that quickly tie the viewer into the action. The fact that not only a look behind the scenes of the political circus is thrown, but also on the work of the press, the interaction between politics and journalism, as well as the personal consequences on the private lives of the protagonists, makes this series so worth watching.

Because just these personal moments tear down the distance-creating wall between the TV politicians and the viewer. After all, this is not just about political problems, but first and foremost about extremely human ones, with which most viewers can easily identify. And the strength of the excellent scripts is to tell both the political and the familial or romantic aspects of the stories in an exciting and involving way. Thus the series, whose original title Borgen incidentally refers to the nickname of the seat of government Christiansborg Castle, sometimes shows elements of political drama, then again are slight signs of a thriller, then has very passionate moments, amusing wordplay and very touching scenes.

Borne by strong actors who are perfectly cast even in the smallest supporting roles, the series created by Adam Price quickly unfolds great addictive potential. The work of politicians and journalists, the intrigues, collusion, the desperate attempts to separate private life and work, all this captivates for over ten exciting episodes and makes great desire for the second season, which is to be broadcast in autumn 2012 on arte. If you like to be entertained in a sophisticated way and appreciate high-quality television from the north, you can't miss this series. Absolutely worth seeing!

Picture + Sound: The picture is largely clean, the image sharpness is, from slight noise in darker scenes, on a good level. Contrasts seem a little harsh here and there, making the image appear a little washed out in places. The sound is determined by the dialogues, which are mixed powerfully and well understandable.

Extras: Bonus material has the first season unfortunately not to offer.

Conclusion: Borgen - Gefährliche Seilschaften is an exciting political series that proves how good television from Europe can be. A gripping dramaturgy, intelligent scripts and good actors make the first season first-class entertainment television. Even though the first season has no extras to offer, this DVD set can be warmly recommended to all lovers of exciting political dramas. Recommended