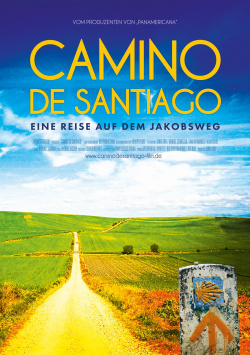 Camino De Santiago - A Journey on the Way of St. James

Not only since the great success of Hape Kerkeling's bestselling pilgrim book Ich bin dann mal weg (I'll be off then) has the Way of St. James enjoyed great popularity among people from all over the world. Over 200,000 pilgrims set out every year to walk from the Pyrenees to the tomb of St James in Compostela in Galicia. The reasons for this often difficult journey are always individual and often very personal. It does not always have something to do with religion. Often it is simply the longing to find some peace in an increasingly fast-paced society or to find inner peace of mind that motivates people to walk the whole way or parts of it. Filmmakers Jonas Frei and Manuel Schweizer set out on a journey to explore the Way of St James, its history and that of the people they encounter. They captured the whole thing in their documentary Camino De Santiago - A Journey on the Way of St James.

The result is a somewhat ambivalent affair. On the one hand, there are some very beautiful, atmospheric shots and stirring scenes. In its best moments, the film does a pretty good job of conveying what it means to experience the Camino de Santiago for yourself. But it's also interesting to hear how the people who have lived here forever make a living from pilgrims, and how investors are spreading across the region to take advantage of the ever-growing popularity of this trail so they can extract money from pilgrims' pockets. It is these critical tones that reveal the potential that lies in such a documentary.

However, unfortunately, this potential is hardly exploited. The individual protagonists interviewed here are usually only seen for a few seconds, or a few minutes at most. Their stories, interesting as they may be, are therefore only touched upon and treated very superficially. The viewer has no time at all to engage with them and build up the necessary interest. Instead of telling a lot of small stories that can't leave a real impression, it would have been much more interesting and meaningful if the movie had followed three or four protagonists the whole way. Then also the effect that such a journey can have on people would have been more comprehensible. And the big finale might have been really emotional then, too. But as it is, it's just a few pretty pictures of happy people, to which you as a viewer, however, have no connection at all.

Another problem of the film is its editing. The transitions often seem very abrupt, with the sound often being turned down when someone is still narrating. All in all, the scene transitions remind one of travel reports from the Open Channel. This just does not seem very professional and certainly not like a real cinema film.

Camino De Santiago - A Journey on the Way of St. James has some very positive aspects, from the subject matter to the recognizable ambitions to some beautiful images. But the realization can unfortunately only convince to a limited extent. If the film seems exciting, entertaining and rousing in its best moments, many other moments just seem trivial and bland. The film can't really touch you emotionally. The feature films The Way by Emilio Estevez or Saint Jaques - Pilgrims in French are much better at this. And therefore there is also only for such viewers who have an enormous interest in the Way of St. James and just want to see everything about it still a: Worth seeing!

Cinema trailer for the movie "Camino De Santiago - A Journey on the Way of St. James (Schweiz 2015)"
Loading the player ...