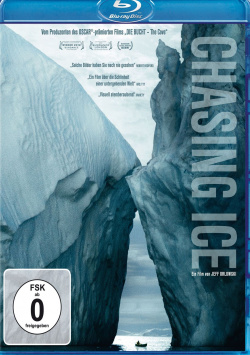 Content: Although there are still some unteachable people who think climate change is a pipe dream and pure scaremongering, it should be clear to any rational thinking person that something is changing on our planet - and not necessarily for the better. And even if a changing climate has occurred again and again in the course of the earth's history and is therefore something quite normal, a share of the blame - no matter how great it may be - for the changes currently being observed cannot be dismissed out of hand. One of the clearest documents of climate change is the alarmingly rapid melting and outright disappearance of glaciers. Nature photographer and scientist James Balog, once a self-confessed climate change skeptic, has found clear evidence in the course of his long-term EIS (Extreme Ice Survey) study that has dispelled all his skepticism once and for all.

Together with filmmaker Jeff Orlowski, Balog has made a spectacular documentary that documents in a painfully beautiful way the dramatic consequences of our changing climate. Using specially designed time-lapse cameras, Balog documents the changes in glaciers recorded over several years. The resulting footage, the many hardships the team endured to capture these images, and the dispute between scientists and climate change deniers that still continues despite all the evidence are at the heart of Chasing Ice.

The documentary evokes a veritable rollercoaster of emotions in the viewer. On the one hand, the footage is immensely mesmerizingly beautiful. On the other, the images evoke a kind of trepidation that renders helpless and sad. In view of the speed with which our planet is visibly changing, one wonders several times here whether it is not already much too late to be able to change anything. Despite all the appropriate pessimism, the documentary also tries to make clear that it is never too late to at least contain the consequences of climate change. But when you watch how centuries melt away just like that through the time-lapse footage, it's hard to escape a certain doomsday mood.

In view of such footage, it's terrible that the discussion is still going on about whether climate change is just a pipe dream or not. Because at the latest such visual documents speak a more than clear language. However, the fact that there are still people who do not allow themselves to be taught better by such clear evidence shows how man stands in his own way with his ego and his short-term thinking controlled by the will for profit. All the more important it is that there are people like James Balog and Jeff Orlowski, who can contribute with their work perhaps a small part to the fact that some humans are shaken up nevertheless still. And when that happens in such a watchable and entertaining way, there can really only be one possible rating for Chasing Ice: Absolutely worth watching!

Image + Sound: The footage that Jeff Orlowski and his team captured for this long-running documentary presents itself on the Blu-ray with good detail, a coherent color scheme and a fundamentally convincing overall sharpness. The sound also has some very atmospheric surround moments to offer, but is overall dominated by the rather directional mixed interviews. The audio here is only in the original English with German subtitles. Overall, this gives a clear for a documentary: very good!

Extras: In addition to the main film, the Blu-ray has over an hour of informative bonus material to offer. In addition to a good making of (approx. 11:55 min.) and a featurette about the time-lapse cameras used (approx. 5:49 min.), there is also a look at the film team's visit to the Sundance Film Festival (approx. 10:18 min.), as well as clips from various Q&A sessions with the director at various film festivals (approx. 19:56 min.). There is also a short excerpt from James Balog's lecture series Time now (approx. 3:47 min.) and a short lecture by Dr. Tad Pfeiffer from the University of Colorado about the current state of science (approx. 5:58 min.). A music clip for the Oscar-nominated theme song, sung by Scarlett Johansson (approx. 4:07 min.), and the uncut scene from Glacier Watching (approx. 6:35 min.) round out the extensive supplemental material. Very good!

Conclusion:Chasing Ice is a documentary that is equally fascinatingly beautiful and shocking. The film evokes a wide range of emotions in the viewer, from enthusiastic wonder to depressing helplessness. Really, the footage shown here can leave no one cold. The Blu-ray presents the fascinating images in very good picture and sound quality and also offers a lot of informative extras. For this there is a very clear bottom line: Absolutely recommendable!