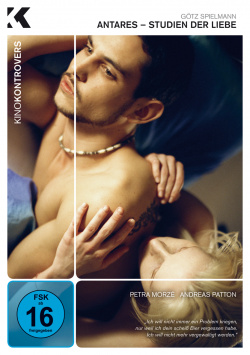 Film: The life of nurse Eva (Petra Morzé) seems at first glance to be going in good and harmonious directions. Whether as a wife, mother or at work, she always fills her everyday life with routine serenity. But Eva has completely different desires and fantasies, which she lives out in an affair with the doctor Tomasz (Andreas Patton). Actually it should only be sex, but gradually the meetings change Eva's attitude to life and marriage.

At the same time the supermarket cashier Sonja (Susanne Wuest) is plagued by bitter fears of loss. Her biggest fear is that she might leave her boyfriend Marco (Dennis Cubic). Sonja doesn't realize that her almost pathological jealousy could do just that. But there is one thing that could save their relationship: a child. But a fatal lie could also put a spoke in the wheel in this plan.

Even the real estate agent Alex (Andreas Kiendl) fights for his relationship. However, it already seems too late for that, as his girlfriend Nicole (Martina Zinner) has already left him some time ago. But Alex can't leave her single mother and appears again and again with her. And his despair increases from time to time until a fatal incident occurs...

In "Antares - Studies of Love" director Götz Spielmann ("Revanche") tells three stories that approach themes like love, loneliness or fear of loss in different ways. With great closeness to reality Spielmann creates a rather bleak picture of a world in which love and happiness seem to have no place. For example, Eve's marriage is superficially filled with harmony and mutual love. But the affair with Tomasz, which is based only on ego-related lust but not on deeply felt feelings, reveals that the family idyll existed only superficially. Especially in this story arc the convincing, but also especially courageous performance of actress Petra Morzé has to be appreciated, which gives the very explicit sex scenes a certain naturalness. The sex between Eva and Tomasz is passionate and erotic, but surprisingly it doesn't really seem voyeuristic (although voyeurism plays an important role).

But also Susanne Wuest's performance, dominated by quiet hopelessness, leaves a lasting impression. It is these actor performances, which are extremely strong in their authenticity, which, in connection with the intensely reserved direction of "Antares - Studies of Love", make a gripping piece of Austrian arthouse cinema. The film doesn't quite have the force that Spielmann was able to create in his follow-up film "Revanche". And even if the characters and the world around them seem to lack emotional warmth, it is still difficult for viewers not to be touched by the insight into their lives.

Surely, the worn, nested staging does not necessarily make the drama a light feel-good fare for Saturday afternoon. Then the film would certainly not have made it into the series "Kino Kontrovers". But those who like to deal with somewhat difficult, but in their desolateness deeply human dramas can confidently access this one. Worth seeing!

image + sound: The very clean image can score with its atmospheric coloration and a pleasant degree of sharpness. The sound remains rather restrained over long distances, but in the DTS mix it appears a little more powerful than in the good Dolby Digital 5.1 mix. Gut!

Extras: In addition to the booklet with an essay on the film and a conversation with director Götz Spielmann, the DVD also features a 20-minute making of and trailer for the film. Gut!

Fazit: "Antares - Studies of Love" is an episodically told drama about loneliness, longings, love and despair. Director Götz Spielmann skillfully weaves the three stories together and doesn't release the viewer with a complete feeling of hopelessness despite all the drama and desolation. The DVD released in the series "Kino Kontrovers" is technically well done and offers the viewer some more extras worth seeing and reading. Recommended