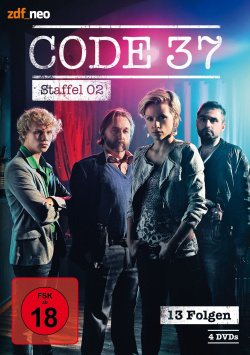 Content: The investigators from the sex crimes squad around team boss Hannah Maes (Veerle Baetens) are back in action. But just as Charles (Marc Lauwrys), Kevin (Gilles Deschryver) and Bob (Michael Pas) want to investigate the sexual assault on an elderly lady with Hannah, their boss is taken away by Internal Affairs. For still Hannah tries with all means to solve the rape of her mother, although not only colleagues and superiors, but also her own father always put obstacles in her way. But despite a final warning, the tough cop doesn't let herself be stopped from continuing to investigate secretly - which soon puts herself in great danger. Along the way, she and her team have to solve all kinds of cases, which often get to the heart of the matter. Just when it looks like a convicted pedophile is getting too close to Charles' nephew, Hannah has her hands full trying to stop her angry colleague from doing something stupid. But a suitor murdered in a hotel, an abused student or the shooting of a snuff film also keep pushing the investigators to their limits...

The crime series Code 37 ran successfully on Belgian television for three seasons between 2009 and 2012. After the very convincing entry with season 1, the new episodes also consistently continue the concept of the series. The individual cases are sometimes extremely tough, but not served too boldly. The dynamics of the team members among themselves always provides the necessary relief, which prevents the events from becoming too oppressive for the viewers. In addition to the completed cases, there is of course also in this season again the overarching plotline around the rape of Hannah's mother, which takes on more and more dangerous proportions for the police so tough in itself.

Here the creators have tried not only dramaturgically, but also stylistically, the events from the actual investigations of the team to stand out. With camera, editing or coloring is tried here in some scenes to look into the disturbed interior of the investigator, which sometimes succeeds very well and gives the whole thing an extreme intensity. The very good acting of Veerle Baetens does the rest. Especially the dichotomy between her tough, sometimes unapproachable facade, which she maintains towards her team, and what drives her to also investigate her mother's case on her own and against her father, Baetens plays really great.

Code 37 is certainly not light crime fare. The very authentic-looking production, the sometimes very disturbing subject matter and the intense acting of the actors are not necessarily the perfect ingredients for relaxed television entertainment. But if you like gritty, gripping crime series, if you appreciate interesting characters and an engaging dramaturgy, and if you liked the first season of this series, you should definitely go on patrol again with the team around Hannah Maes. Absolutely worth seeing!

Picture + Sound: The technical realization of the individual episodes is on a good to very good TV level. The picture is absolutely clean and the overall sharpness is absolutely satisfactory, especially in brighter outdoor scenes. Only in the detail representation in darker scenes, there are slight point deductions here. The audio, which is in stereo, does a good job of showcasing both the dialogue and the atmospheric soundtrack. Not really spectacular, but perfectly adequate for a crime series. Good!

Extras: Unfortunately, apart from trailers, the disc has no bonus material on offer.

Conclusion:The second season of Code 37 continues the gritty concept of the Belgian crime series consistently and offers some new, stirring cases for the sex crimes squad. The plotline surrounding the rape of Hannah's mother also grows in suspense and reaches a dramatic climax here. Very well acted and atmospherically tightly staged, the series is not light fare in the second season, but still enormously entertaining. For all lovers of gloomy crime fare from Europe is the technically well implemented DVD box despite the lack of extras then also: Absolutely recommended!