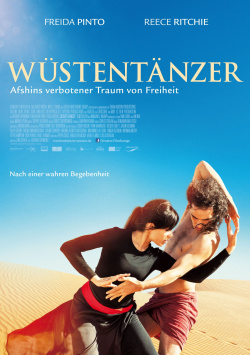 Even as a young boy, Afshin Ghaffarian (Reece Ritchie) discovered a love for dancing. But in Iran, dancing is punishable by law, but that doesn't stop Afshin from dreaming. When he gains access to YouTube videos, which are also banned, through an alternative student scene while studying in Tehran, his passion is rekindled. Here he discovers not only Michael Jackson's legendary moonwalk or the dance theatre of Pina Bausch, but also Rudolf Nureyev, of whom his teacher had shown him film recordings years ago. Now Afshin is sure: he wants to become a dancer, no matter what the cost. Together with a few like-minded people, he founds an underground dance group that rehearses secretly in a secluded hideout. But at some point this is no longer enough for Afshin. He wants to dance in front of an audience. But in the tense situation before the presidential elections , where violent clashes between radical Muslims and reformers occur again and again, such an action would be an incalculable risk for all involved. But Afshin does not want to bow to this pressure. With his friends and a selected audience, he meets in the middle of the desert, 100 kilometres from Tehran, to perform a very special desert dance. But he has no idea how great the danger really is that threatens him, all the dancers and the audience at the hands of the morality police.

When British film producer Richard Raymond read an article about the story of Afshin Ghaffarian, an Iranian dancer living in exile in Paris, where he founded his own dance company R&eacute;formances in 2010, he saw it as the perfect material for his debut as a feature film director. After many hours of conversations with Ghaffarian, Raymond worked with Jon Croker to develop the script for Desert Dancer based on those interviews. A central role in the story was to be played by Afshin's great love, the heroin-addicted dancer Elaheh (Freida Pinto), who in Raymond's eyes was a very good symbol of Iran caught between beauty and oppression. With the assistance of acclaimed choreographer Akram Khan, who has worked on the opening ceremony of the London Olympics, the cast was molded from amateurs into compelling dancers.

So a lot of passion, heart and soul and high ambitions went into this project. The finished film, however, could be accused of telling this poignant story in a somewhat soft-spoken version. The heated atmosphere in the country shortly before the 2009 elections and the fear that prevails everywhere actually come across in a less oppressive and intense way, such as in the documentary film The Green Wave. Especially for viewers expecting harsh, depressing realism in a story like this, Desert Dancer might almost be a little too shallow and geared too heavily towards a broader mass taste.

However, on the other hand, the film works so well precisely because of Raymond's efforts to make the story accessible to a wider audience. Sure, the emotional scenes lack subtlety and some scenes could be accused of a certain black and white painting. But the lack of all-dominant gloom also makes it much easier and more enjoyable to open up to what's happening and be enchanted by Afshin's dream of freedom. It's very pleasant that the director doesn't get lost in the consternation cinema often strives for in similar stories, but instead focuses on a certain entertainment value, through which this beautiful film can open itself up to more than just a small group of arthouse film enthusiasts.

Wonderfully acted, excitingly and stirringly staged, immersed in beautiful images and accompanied by a moving soundtrack, Desert Dancer has become a wonderful plea for freedom, self-determination and tolerance, which can be warmly recommended not only to all lovers of sophisticated dance films. Absolutely worth seeing!