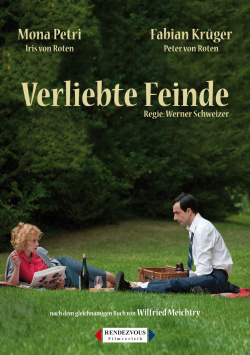 Topics such as the legally regulated women's quota or sexism currently dominate the media in Germany. Although there is a woman at the head of the state and equality between men and women has certainly made great strides, the emancipation debate currently seems more topical than ever. However, it is not a new debate. As early as the 1950s, one woman in particular asked unpleasant but extremely important and trend-setting questions in a male-dominated society, although she did not only make friends with it.

We are talking about the Swiss woman Iris von Roten, who published a provocative as well as revolutionary work on the role of women in society with her book Frauen im Laufgitter (Women in the Playpen) in 1957. She was always supported by her husband Peter von Roten, with whom Iris had a very open and modern marriage from today's point of view. The two documented their very special relationship in a lively correspondence, which was published in book form in 2007 under the title Verliebte Feinde (Enemies in Love). Based on this book, director Werner Schweizer has staged his eponymous film, for which he has used a very special stylistic device.

Instead of making a pure feature film or a rather sober documentary about Iris and Peter von Roten, Schweizer has opted for a mixture of the two. Thus, game scenes in which the couple is portrayed by Mona Petri and Fabian Krüger alternate with commentaries by contemporary witnesses, photos and archive material. This creates a very unique, but also idiosyncratic tone, to which one must first get used as a viewer. Especially the first ten minutes still seem a bit unwieldy, the acting of the actors rather undercooled and artificial and the mixture of interviews and play scenes a bit forced.

But this impression changes more and more. The actors become more and more Iris and Peter, their love story becomes more and more interesting and the fight of the headstrong woman for equality more and more stirring. As a result, the viewer is not only well entertained, but also confronted with questions that are still relevant and food for thought worthy of discussion. The powerful effect of the semi-documentary film is somewhat weakened by some lengths, which are especially noticeable in the last third. However, if you are interested in very special love stories and emancipatory themes, this very special work can definitely be recommended. Worth seeing

Cinema trailer for the movie "Enemies in Love (Schweiz 2012)"
Loading the player ...