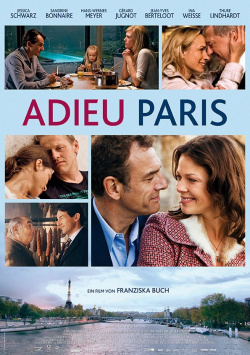 On a flight to Paris, the paths of investment banker Frank (Hans-Werner Meyer) and writer Patrizia (Jessica Schwarz) cross. While Frank believes he can close the deal of a lifetime in France, for Patrizia this flight is probably the most difficult journey of her life. For her lover Jean-Jaques, with whom the writer had imagined a happy future despite his marriage, has been in a coma since a car accident. As quickly as fate has brought the two together, as quickly they go their separate ways again. At her lover's bedside, Patrizia meets his wife Francoise (Sandrine Bonnaire), who at first doesn't want to see her rival near her husband. But it is not until she changes her mind and wants to involve Patrizia in the decision as to whether Jean-Jaques should be kept alive artificially that she threatens to finally lose her footing. And Frank's flight of fancy also comes to an abrupt end when the big deal falls through and he suddenly finds himself in a heap of ruins, both professionally and privately. In this difficult situation, the two so different people meet again.

Adieu Paris leaves a somewhat ambivalent impression. On the one hand, the drama can boast great acting performances by Jessica Schwarz, Hans-Werner Meyer or the wonderful Gerard Jugnot and also has some extremely strong moments to offer in emotional terms. On the other hand, the production always feels as if it was squeezed into the far too tight corset of an ordinary TV production with all the clichés that go with it. If scenes like Patrizia's walk to the place where Jean-Jaques had his accident or her memories of the short, happy time they had together provide enormous goosebumps, other scenes seem extremely undercooled and completely inaccessible to the viewer due to the rather stilted dialogues.

In addition, the decision to dub the multilingual film in its entirety proves not to be a particularly good decision, as a lot of flair is lost, especially in the scenes set in Paris. Sure, this decision is understandable in a way, as small German dramas have a hard time in cinemas anyway and subtitles can be quite off-putting for some viewers. However, I'm sure that the audience that is being targeted with a film like this would have definitely gone for it and appreciated the authenticity that this creates.

The two different storylines work quite well on their own, their merging on the other hand feels a little forced. Nevertheless, some dramaturgically strong scenes and the good actors ensure that Adieu Paris has become well worth seeing for lovers of German arthouse dramas with TV character. Whether this must necessarily be in the cinema, that remains to be seen. With an upcoming TV broadcast, however, a look can be risked confidently.