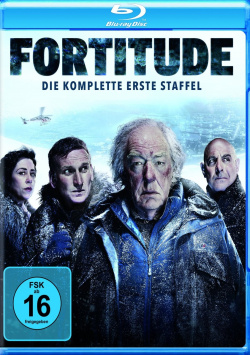 Film: Life in the 800 inhabitant settlement Fortitude on Spitsbergen has so far been quiet, almost contemplative. Tragic events such as the death of geologist Billy Pettigrew, who was attacked by a polar bear and relieved of further suffering by photographer Henry Tyson (Michael Gambon) with a targeted shot, occur, but are the exception. But then a terrible murder shocks the small community: the scientist and environmentalist Charlie Stoddart (Christopher Eccleston) is brutally murdered in his apartment. Since the local police seems to be overwhelmed with the clarification of this crime, the investigator Eugene Morton (Stanley Tucci) is sent from London to support the police chief Dan Anderssen (Richard Dormer) and his team. But Morton quickly learns that strangers in Fortitude aren't seen with pleasure - especially when they stick their noses into the private affairs of the inhabitants. But the case is getting bigger and bigger. Does the murder of Stoddart have anything to do with a mammoth skeleton found on the glacier where Governor Hildur Odegard (Sofie Graring;bøl) wants to build a hotel to attract more tourists to Fortitude? And why do some residents suddenly exhibit such strange, aggressive behavior?

"Fortitude" is a gripping mix of drama, thriller and mystery. The film was shot in Iceland, which offers a fascinating backdrop for the mysterious story. Series creator Simon Donald seems to have inspired many Scandinavian thrillers, some episodes of "X-Files", the cult series "Twin Peaks" and John Carpenter's "The Thing from Another World" and thrown some of his favourite elements into a mixer. The result is a somewhat strange, but from episode to episode increasingly exciting mixture that lives especially from its very own atmosphere.

The visual language of the series can only be described as hypnotic. On the one hand, the landscape around the fictitious place is breathtakingly beautiful, on the other hand, it also radiates a dark threat, which is also the basic tone of the series. At first, the different storylines seem a bit confusing, but towards the end they converge more and more and then result in a harmonious overall picture, which, despite a certain amount of enlightenment, makes you want Season 2 very much. But the reason for this are also the excellent actors, among them Stanley Tucci, Michael "Dumbledore" Gambon, Sofie "Kommissarin Lund" Gråb and Richard Dormer who stand out. "Fortitude" is a strong ensemble piece with almost no weak points.

In the course of the first season there are a few small lengths and dramaturgical pendants. But even here the atmospherically dense staging can make up for a lot. If you're captured by the first episode, you'll get addicted very quickly. If you have a hard time with the dramaturgy, which isn't easy to understand, and if the whole thing is just too dark for you, then you will have trouble staying on the ball even during the many quieter moments of character development. But in the end the positive aspects clearly outweigh the rest and even though "Fortitude" hasn't turned out to be a big masterpiece, Simon Donald has succeeded in creating an exciting and extremely stirring piece of genre television that is absolutely worth seeing for mystery fans!

Picture + sound: High image sharpness, atmospheric colouring and coherent contrasts make the absolutely clean image of the Blu-ray a real pleasure. Especially the breathtaking landscape of Iceland comes into its own. The sound has some very nice sound effects to offer, which come into their own in the Dolby Digital 5.1 mix. But all in all the events are determined by the dialogues, the reserved music and some atmospheric ambient noises like the whistling of the wind or the crunching of the snow. Overall, both the image and the sound help to capture the very special atmosphere of this series. Good!

Extras: It sounds very attractive when you read that the double Blu-ray has 12 features to offer as bonus material. But disillusionment sets in when one realises that these short documentaries have a total running time of just 23 minutes. That's a pity in so far as they are really extremely interesting in terms of content. Especially the features about the shooting in Iceland (approx. 2:08 min.), the sets (approx. 2:51 min.) or the snow (approx. 2:06 min.), which was produced artificially, because the warmest winter of all times prevailed during the shooting, are absolutely worth seeing and could have taken a bit more circumference. Nevertheless: even if the featurettes are too short and a "Play All" function is missing - which is a bit annoying in the long run - all 12 clips are really good and absolutely worth seeing!

Fazit: "Fortitude" is a gripping mix of drama, thriller and mystery. The atmospheric locations, the international cast and the surprising plot turns make this first season a great pleasure despite some dramaturgical hangers. The Blu-ray presents the ten episodes in appealing picture and sound quality. The extras are interesting, but unfortunately too short. Altogether there is a very clear one for this set: Recommended!