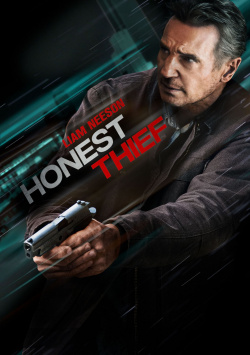 Former elite soldier Tom (Liam Neeson) has stolen millions as a genius bank robber. But when he unexpectedly falls in love with Annie (Kate Walsh) and knows that he wants to spend the rest of his life with this woman, he makes a momentous decision: he wants to return all the stolen money and face an impending punishment in order to live a quiet, happy life afterwards. The FBI seems to want to go along with the deal. But then agents Nivens (Jai Courtney) and Hall (Anthony Ramos) get the itch and snatch up Tom's loot. When they then frame the master thief for murder, it's the start of a dangerous game of cat-and-mouse in which Tom's dream of a happy future with Annie becomes increasingly unlikely.

With "Honest Thief", Liam Neeson once again moves into familiar territory. Again, he gets to play a man with special powers who is better not messed with. Once again, there are fast-paced chases and Neeson is also allowed to strike more than once in terms of action. Since "Taken" we have seen the actor very often in such similar roles, so no big surprises should be expected here. The good thing is that with "Honest Thief" you get exactly what you expect. No more, but also no less.

Director Mark Williams, who as one of the creators and producers for the award-winning series "Ozark" (co-)responsible, tells the fairly conventional story quite entertaining, but just also surprise-poor. At least: Real lengths do not come up. Although some very cliché moments seem a bit tough, but this is compensated by the atmospheric imagery and some decent action sequences. Still, it would have done the film good if the characters had been a bit more layered and the dramaturgy a bit more refined. So you are neatly entertained - but you don't care much about the characters or the story.

After all: "Honest Thief" doesn't even try to be more than another interchangeable Liam Neeson action vehicle. And if you liked "The Commuter", "Run all Night" or "Non-Stop", you'll get your money's worth here too. No milestone in the career of the Irishman, but a decent film for a relaxing home cinema evening. Therefore, despite the weaknesses, there is also still a satisfied: worth seeing!

"Honest Thief" is available as a VoD rental video now on popular VoD platforms. DVD/Blu-ray release is scheduled to follow in April.