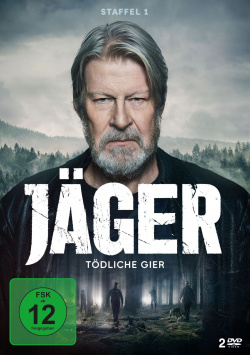 Content: Actually, retired detective inspector Erik Bäckström (Rolf Lassg&aring;rd) wanted to retire relaxed in his northern Swedish home. But then he gets an offer to work as head of security for entrepreneur Markus Lindmark (Pelle Heikkilä). He is in the process of implementing a large project, which apparently meets with strong resistance. Markus and his employee Johannes (Mikael Ersson) are shot at, putting the multi-million dollar project in jeopardy. Erik is to avoid such incidents in the future. Through his nephew Peter (Johan Marenius Nordahl), a young police trainee, Erik gets hold of important police information, but in doing so he not only puts Peter's professional career in danger. When a fatal incident occurs, Erik realizes that there must be much more to the case than Lindmark has told him. His old sleuthing instincts erupt again and Erik begins to dig deep beneath the surface.

In 1996, Rolf Lassg&aring;rd first slipped into the role of Erik Bäckström in the film The Hunters' Trail. In 2011 came the sequel, which is now followed by a continuation on TV with Jäger - Tödliche Gier. For Lassg&aring;rd, who has enjoyed great success especially as Wallander but also as A Man Called Ove, the character of the aging investigator is another parade role. With an almost stoic calm, the Swede puts a power into his performance that is absolutely thrilling even when the script should be a little weaker. With his presence, Lassg&aring;rd does regularly outshine his co-stars. But the series also gives supporting actors like a great Pelle Heikkilä enough room to flourish.

What makes this mini-series so special is that the case takes on proportions with ever-changing twists and turns that you don't really see coming as a viewer. You actually have the feeling that Erik has solved everything after the first 90 minutes - far from it! Sure, the wheel is not really reinvented here. But the way in which the story here slowly builds up to the finale is never boring, despite many quiet moments, but extremely clever and exciting made.

Who likes Nordic crime fare and on gripping economic thrillers, for the hunters - Deadly Greed is a feast: great actors, very atmospheric images and a gripping story to the end - what more could you want. We can only hope that Erik Bäckström will be back on the hunt soon! Absolutely worth watching!

Picture + Sound: The slightly undercooled color scheme captures the basic mood of the series perfectly. The picture also leaves a positive impression in other respects. The image sharpness is on a good TV level and the contrasts are also mixed coherently. In terms of sound, the dialogue and the atmospheric soundtrack dominate the action, but now and then well used sound effects in the Dolby Digital 5.1 mix ensure that not only the tension rises, but also that a little movement comes into the tonal events. Good!

Extras: Bonus material there is unfortunately not.

Conclusion: The first season of Jäger - Tödliche Gier offers thrilling crime entertainment and for Rolf Lassg&aring;rd another parade role. The story told here over four hours is extremely exciting and holds some surprising twists. On DVD, this first season is presented in atmospheric picture and sound quality. Although there is no bonus material, applies quite clearly: absolutely recommendable!