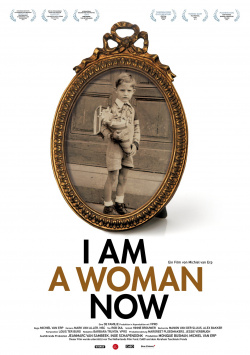 I am a woman now

In the 1960s and 1970s, Dr. Georges Burou from Casablanca decisively shaped the lives of many people with a revolutionary, but not undisputed surgical method. He was the first doctor ever to surgically transform men born in the wrong body into women. More than forty years after the first operations, Dutch filmmaker Michiel van Erp met five women to whom Burou gave a new, better life with his interventions. With surprising openness, these five women tell of their lives before and after the operation, of feelings of gratitude, of unfulfilled longings, of hostility and of love.

"I am a woman now" is a very interesting, moving and entertaining documentary. In the conversations, the protagonists reveal not only how their lives changed after the operation, but also what made them decide to take this very risky step in the first place. There are five life stories, which are connected by the work of Dr. Burou, but which could not be more different in the end. While the Dutch Colette, for example, led a happy life as a normal housewife after her transformation, the French Marie-Pierre Pruvot, a famous showgirl Bambi, stepped directly into the limelight, out of which she still hasn't stepped out today. And also the Belgian Corinne and the English April, a real Society Lady, have finally found their happiness after the operation. Only Jean from Germany has fought again and again with her gender identity not only before but also after the intervention, has lived as a man for a long time and seems not to have found her true place in life until today.

Van Erp not only allows the women to look back on their lives with a considerable amount of self-reflection. He also provides some very moving moments when April meets the doctor's son who has changed her life and gives her a new feeling of pure happiness every morning, or when Corinne, after years of silence, finally reveals to her best friend that she wasn't born a woman. Especially this moment could easily have been voyeuristic or even sensational. But the sensitive staging turns the scene into one of the great goose bumps moments of the documentary.

Surely the question may be allowed whether such a documentary, which is directed only at a rather small niche audience and also visually rather restrained, absolutely belongs in the cinema. However, this doesn't change the fact that the movie deals with a very interesting and cineastically still quite unused topic, which is sometimes moving, sometimes surprisingly amusing, yet always served in a sensitive and charming way. And that's why - in spite of smaller lengths - for lovers of documentary films who also dedicate themselves to more unusual topics: Worth seeing!

Cinema trailer for the movie "I am a woman now (Niederlande 2012)"
Loading the player ...