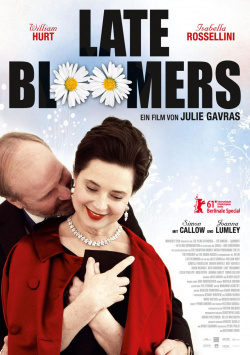 For years, Mary (Isabella Rossellini) and her husband, celebrated architect Adam (William Hurt), have really just been living side by side. The whole thing is harmonious, but somehow inconsequential. Their three children have long since grown up and lead their own lives. And Mary's mother Nora (Doreen Mantle), who lives right next door to the couple, only occasionally brings a little life into her daughter's well-worn daily routine. But when Mary realizes that she is now old news and has long since entered the second half of her life, she is overcome by a tremendous frustration. Adam, who is surrounded by his young co-workers on a daily basis, can't understand why his wife has suddenly developed such a fear of growing old. While Mary feels increasingly sidelined by old age, Adam tries desperately to hold on to his lost youth. With fatal consequences: the normally harmonious couple becomes estranged, and soon there is even talk of divorce. Is it just a midlife crisis or the end of a once beautiful marriage?

Late Bloomers is another film aimed at the 50+ generation. Like Best Exotic Marigold Hotel, And If We All Move In Together? or Dinosaurs, filmmaker Julie Gavras attempts to discuss the problems, fears, worries, but also the joys of older people in a way that is infused with humor. She can rely on two wonderful lead actors to carry this film almost entirely on their own. And that's a real stroke of luck in that the script, as well as the production itself, struggle with a certain pettiness, but William Hurt and Isabella Rossellini play against it magnificently and seemingly effortlessly.

The story about two married couples dealing with aging in completely different ways is peppered with some wonderful moments. Like when Mary wants to get involved socially and has to experience how condescendingly older people are treated by the oh-so-generous head of the organization, or when Adam desperately tries to hide from his partner that he's working on a project with his young employees after hours, which makes him seem cool in the eyes of the young people, it always holds enough potential to make the audience smile or laugh heartily. Mary's mother Nora is also good for a few such moments.

However, these successful scenes are offset by an overall production that is a bit too ponderous, making it very difficult to understand why Mary and Adam drift apart so drastically. Why Adam doesn't take his wife's worries seriously at all and why the communication between them suddenly doesn't work anymore. Even the three children of the two, who, as far as that can be judged, seem to be very interesting characters in their own right and who also harmonize well with each other in the few scenes in which they are seen together, precisely because of their differences, come far too short in the overall context.

Too many aspects of the story and too many characters are dealt with too superficially to make sure that the viewer invests his emotions and interest in the story and its characters. So the whole thing is nice to look at and is entertaining to a degree. But in the end, there is hardly any feeling of sustainability. Rather, you leave the cinema with a feeling of having been neatly, yet somehow entertained in a very inconsequential way. Surely much more would have been possible with these actors. Therefore: only with clear deductions still worth seeing!