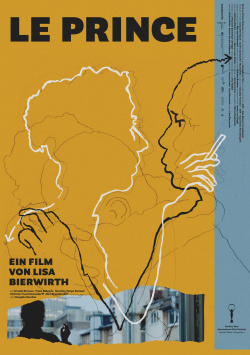 On Tuesday, September 28, 8:15 pm, the drama LE PRINCE, partly shot in Frankfurt, will celebrate its Frankfurt premiere at the Harmonie in Sachsenhausen. The film will be shown in the presence of leading actress Ursula Strauss, director Lisa Bierwirth and the French-Congolese rapper and leading actor Passi Balende.

And that's what the film is about:

In Frankfurt's Bahnhofsviertel, two people meet whose lives could hardly be more different. Monika is in her mid-forties and belongs to the city's art and culture scene as a curator. When she accidentally gets caught in a raid, she meets Joseph, a Congolese businessman who is looking for investors for a diamond mine in the Congo and in the meantime keeps his head above water with import/export business. An intense love story emerges from this unusual encounter. But while the two believe that they can survive against all external odds and prejudices, a mutual distrust gradually creeps into their relationship. Inexorably, their lives become the stage for postcolonial conflicts. Is it even possible for Monika and Joseph to love each other as equals?

Inspired by her mother's story, Lisa Bierwirth's feature-length directorial debut LE PRINCE vividly and precisely questions how postcolonial structures and power relations can be reflected in a European-African relationship. The story tells of the pitfalls, but also of the courage to live out a love in the field of tension of social conventions. Between world metropolis and shadow economy, the cultural melting pot Frankfurt am Main shows itself as an ambivalent protagonist of the film.

Cinema trailer for the movie "LE PRINCE - Frankfurt Premiere at the Harmonie "
Loading the player ...