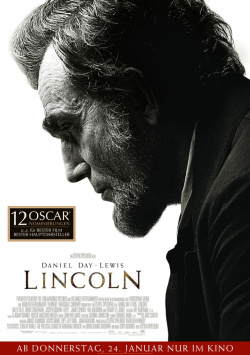 Abraham Lincoln, the sixteenth president of the United States, is still considered arguably the most important president in United States history for many reasons. His election in 1860 exacerbated the tense situation that had existed for years between the North and South of the United States and was the catalyst for the final decision of some Southern states to secede from the Union, ultimately leading to the American Civil War, which raged between 1861 and 1865. Not only economic and political disputes, but more centrally slavery had drawn a deep rift between North and South in the intervening years. And when Honest Abe, as Lincoln liked to be called, came to power as an avowed opponent of slavery, it was the straw that broke the camel's back for the Southern states.

In the final months of his presidency, before he was sworn in as the first president of the United States on 14. April 1865, the first president in U.S. history to fall victim to an assassination attempt, Lincoln fought desperately for an end to the War of Secession and for the enforcement of the 13th Amendment, which would finally abolish slavery. With Lincoln, Steven Spielberg has directed an exciting history lesson that focuses on this political struggle of Lincoln's. The fact that Spielberg limited himself to this short period in the life of the president was a clever move in two respects. For a comprehensive biopic about the president would have made it virtually impossible to realize Lincoln's fight against slavery with such dramaturgical depth. On the other hand, this also gave Spielberg the opportunity to tell a story that may be almost 150 years old, but is nevertheless more topical than ever. For today, as in the past, the USA is once again extremely divided and politics under the leadership of President Obama is desperately trying to close this gap again. And Lincoln shows that, as much as times may have changed, the political games are still the same.

The problem the film faces, especially outside the US, is that while its craft and acting are beyond reproach, dramaturgically it comes across as dry. Certainly, for those interested in politics and history, the speeches in Congress and the strategic moves of Lincoln and his team are extremely exciting and, especially when the great Tommy Lee Jones or James Spader dominate the scenes, sometimes extremely amusing. But if you go into the film without any prior knowledge of American history and the political system, you run the risk of losing the thread at some point and then finding the production downright boring.

Of course, the film doesn't deserve that. Because Spielberg understands it again in this drama first-class, from pathos, emotions, wonderful images and good actors to compose an impressive whole. A real stroke of luck was the casting of Daniel Day-Lewis, who completely disappears behind the character of Abraham Lincoln, not only because of the good make-up, but especially because of his excellent acting. He is assisted by a top-class ensemble, which transports the somewhat unwieldy subject matter engagingly and convincingly to the screen.

Lincoln is intelligent, magnificently equipped, opulently filmed and intensely acted entertainment cinema for politically interested viewers. Those expecting a bloody Civil War drama or a comprehensive Lincoln biography will almost certainly be disappointed. But if you can warm up to the topic and if you find well acted duels at least as exciting as wild gunfights, you should not miss this historical political drama, if only because of its topicality. Worth seeing!!!