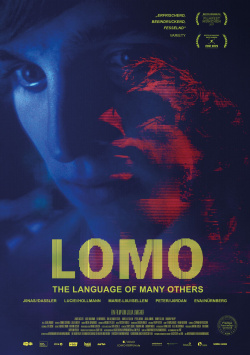 LOMO - The Language of Many Others

Actually, Karl (Jonas Dassler) could be satisfied with his life. Together with his parents and his twin sister Anna (Eva Nürnberg) he lives in a well-situated quarter of Berlin. And after his upcoming high school graduation, all avenues are open to him, if only from a purely financial point of view. But unlike Anna, who knows exactly where she wants to go in life, for Karl the future is one big question mark. The boy overplays his fears of uncertainty with cynicism and takes refuge in his blog The Language of Many Others, where he also posts personal photos of his family - which puts an additional strain on the already strained relationship with his father. When Karl and his classmate Doro (Lucie Hollmann) get closer and he falls in love with her, he thinks he knows exactly what he wants for the first time. But when the relationship doesn't work out the way he imagined, he makes a drastic decision, completely disillusioned.

LOMO - The Language of Many Others is the directorial debut of Julia Langshof, who tells a coming-of-age story that is quite conventional from a purely dramaturgical point of view, but makes use of some rather unconventional means. This makes the film visually quite exciting in places. But also thematically it has a certain importance due to Karl's dealings with social media. The actors are convincing, even if here and there some dialogues are conveyed a bit too stilted.

What ultimately ails the film, despite many positive elements, is the somewhat overuse of clichés. The well-off family where the parents only care about their careers and don't seem to have any interest in the kids, you've really seen those countless times before. Also, the smart-ass arrogance with which rebellious teenagers react to such emotional neglect is unfortunately not really new. On the contrary. Wouldn't it be much more exciting to see a kid lose his footing when all he's really getting is love and support from his parents? That insecurity about the future or a desperate search for a goal for one's life is not fueled by emotional coldness in the parental home? That might also make it easier to form an emotional bond with Karl, who doesn't really seem to regret his actions in hurting other people.

The connection that exists between Karl's father and Doro's mother then also really seems too contrived to seem believable, unlike other elements of the story. All this leads to the fact that LOMO - The Language of Many Others is a movie with a lot of good approaches, but not all of them are realized convincingly. But at least the drama presents a very strong main actor and the potential to approach an important topic in a fresh way. If this would have been the case with the characterization and the structure of the dramaturgy, this would have been a great movie. But so it is still a promising debut with some weaknesses and therefore also under the bottom line: Worth seeing!

Cinema trailer for the movie "LOMO - The Language of Many Others (Deutschland 2017)"
Loading the player ...