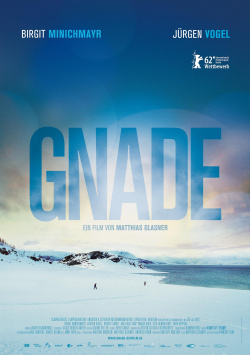 In the Norwegian town of Hammerfest on the edge of the Arctic Sea, Niels (Jürgen Vogel), his wife Maria (Birgit Minichmayr) and their son Markus (Henry Stange) hope for a complete fresh start. But after just a few months, the family is more estranged than before. Engineer Niels begins an affair with his colleague Linda (Ane Dahl Trop), Maria throws herself deeper and deeper into her work with dying people, and Markus finds it difficult to make friends at his school. It almost seems as if the coldness of their new home is also freezing their family relationship. But then one night an accident happens that changes everything: after an exhausting double shift, Maria believes she has run over an animal. Although Maria feels the impact and Niels, after his wife fails to stop out of fear, searches the scene of the accident some time later, there is no sign of a victim. It is not until the next day that they learn from the newspaper that a young girl has died in the accident. Maria is able to extract a promise from her husband to keep the secret of her guilt to herself, a guilt that welds the couple together in unexpected ways...

As in his films The Free Will or This is Love, director Matthias Glasner again demands a lot from his audience in Grace. Even though the story is not quite as hard and unpleasant as in Der Freie Wille and the staging is much more accessible than it was in This is Love, if only because of the fascinating landscape at the Arctic Ocean, Gnade is also heavy fare that is deliberately unwieldy. Glasner doesn't want to treat his viewers to a relaxing evening at the movies, but forces them to grapple with uncomfortable questions.

This admittedly has its appeal, but is also extremely exhausting in places. The fascinating camerawork and the very strong actors can't hide the fact that the story itself could have been told in less than two hours. One could almost get the impression that Glasner is deliberately slowing down his narrative pace in order to expose the viewer to the gravity of his story, the guilt of his protagonists and the uncomfortable situations they find themselves in for as long as possible, so that an intense engagement with what is being shown almost inevitably happens. The problem with this, of course, is that it puts the filmmaker at risk of some viewers finding this not intense and involving, but rather boring, and thus emotionally detached from the story and its characters.

No matter whether you're moved or bored here, you can't call Grace a bad movie by any means. The positives, such as the acting performances, the imagery, and the courage to present such a difficult story bilingually and subtitled for long stretches, are so obvious that, despite all subjective perceptions, one must objectively say that this is a well-crafted drama. Those who manage to engage with the difficult and sustained production, while not allowing themselves to be crushed by the bleak heaviness of the story and the landscape in which it is set, are guaranteed to be positively convinced by the other aspects of the film. Grace is not an easy film to watch, but for those who are not afraid of heavy program cinema fare, this drama can definitely be recommended

Cinema trailer for the movie "Mercy (Deutschland/Norwegen 2012)"
Loading the player ...