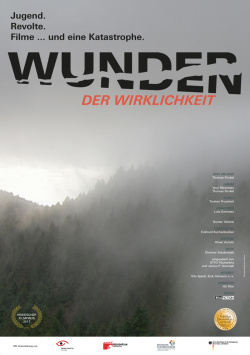 When a plane crashed near Heidelberg on December 22, 1991, 28 people died. Among them was artist Martin Kirchberger, who had chartered the plane for himself and his crew to shoot final footage for the satirical short film Bunkerlow. The tragedy still sits deep in the bones of the three survivors and the bereaved families of the victims today. Nevertheless, filmmaker Thomas Frickel decided to come to terms with the events after 25 years and to present his friend Martin Kirchberger and the artist group Cinema Concetta with a moving, entertaining and stirring tribute. The result is the wonderful documentary Miracles of Reality, which Frickel directed entirely in the spirit of Cinema Concetta.

Frickel manages very well to capture both the special comedy of the group of artists and to trace very sensitively the sad circumstances of the disaster. It's a very personal film, which Frickel makes clear from the start. But that's exactly why it works so well. Without any form of sensationalism, Frickel takes his viewers on a journey to the beginnings of an artistic free spirit who, along with a few like-minded people, swam against the social tide of a stuffy '80s small town. His humor and zest for life rubbed off on those around him and his art actions caused quite a stir.

In interviews, companions, friends and family tell of the person Martin Kirchberger, of the work of Cinema Concetta and of the time in which this group of artists initially acted rather unsuccessfully. The irony of fate would have it that it was the first success - the granting of film funding for Bunkerlow - that enabled Kirchberger to charter the plane in which he and 27 other people died. It's the most serious accident to ever occur during filming in Germany, and very few people know about it. Frickel wants to change that with his film.

Wonders of Reality is moving, but also funny, informative and entertaining. A deeply human film, it has become a wonderful homage by a filmmaker to a good friend and esteemed colleague, but also a tribute to the possibilities of artistic expression. An all-around documentary worth watching, then!

Cinema trailer for the movie "Miracle of Reality (Deutschland 2017)"
Loading the player ...