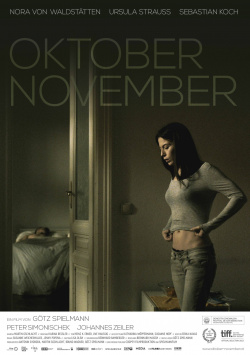 Years ago, the young actress Sonja (Nora von Waldstätten) turned her back on her home, a small village in the Austrian Alps, and moved to Berlin. There she seems to have found everything she was missing in the provinces: an exciting job, success, prosperity. But when her father (Peter Simonischek) suffers a serious heart attack and is henceforth a nursing case, Sonja has to return home to help her sister Verena (Ursula Strauss) take care of her father. But Verena, who has been living with her family in the family home since her mother's accidental death and has taken over the management of the small hotel, is less than enthusiastic about her famous sister's visit. There are still suppressed conflicts between the two women, which are revived by their meeting. At the same time, they are forced to confront the question of whether they are really living the life they have always dreamed of. And then there's also a secret their father is determined to get rid of while he has the time.

October November is the latest directorial effort from Götz Spielmann, who was even nominated for an Oscar for his terrific thriller drama Revanche. Although he slows down the pace once again for this family story and also dispenses with a clearly defined plot structure, October November is no less gripping and involving than its award-winning predecessor. That the drama is able to achieve this effect is due to several aspects. On the one hand, there is the very atmospheric imagery, which builds up a gripping mood from the very beginning, which is very difficult to escape. On the other hand there is the extremely intense acting of the actors. Nora von Waldstätten embodies Sonja, who seems to have completely shut herself off emotionally from her outside world, fascinatingly hypothermic, whereby her cocoon shows more and more cracks in the course of the film and reveals to the viewer so much of the torn inner life of this exciting character.

On the other hand, there is Verena, who seems very patent and seemingly stands with both feet firmly in life. But Ursula Strauss also shows the other facet of Verena with her strong play. It is a side that she keeps hidden from her environment and that only comes out in the presence of her secret affair (Sebastian Koch). Here it becomes clear that she is full of suppressed longings, full of disappointed hopes and full of vulnerability. Through a subtlety that seems very authentic, Strauss succeeds in giving her character an emotional depth that Verena doesn't seem to possess at first glance. And finally, Peter Simonischek completes the film's supporting trio as the dying father, who seems to have lost his stubbornness and hardness in the face of death. The other actors, such as Sebastian Koch, are somewhat upstaged by the three strong main characters, but this does not detract one bit from their convincing performances.

October November is not an easy film. Especially the last third is dominated by an almost crushing heaviness. Yet at the same time, it is this heaviness that makes the drama so intense. Spielmann confronts his characters in small ways with very big, essential questions, which he does not resolve, but passes on to the viewer. As a result, the film has an enormous after-effect that lasts for a very long time and inspires intense reflection on very fundamental things about our existence. A great acted chamber play in front of a visually stunning scenery, which should not be missed by lovers of challenging program cinema fare. Worth seeing