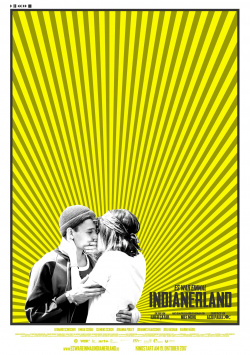 Once Upon a Time in Indian Country

Talented young boxer Mauser (Leonard Schleicher) is about to have a decisive fight when his life goes completely off the rails. It all starts when he falls in love with the beautiful Jackie (Emilia Schüle) from a good family at a party. This quickly leads to heartbreak and a fist fight with Kondor (Joel Basman), the swashbuckler from his apartment block. But that soon becomes the least of Mouser's worries, as his father (Clemens Schick) has strangled Mouser's stepmother and is now on the run from the police. Apparently, he's hiding out at the border at the big powwow festival. Edda (Johanna Polley), an older girl from the neighborhood, offers Mauser a ride there. All this confuses the boy, who also has the feeling that he is being followed by an Indian (Robert Alan Packard).

With Es war einmal Indianland, filmmaker Ilker &Ccedil;atak tries his hand at adapting Nils Mohl's novel, which won the German Youth Literature Award. &Ccedil;atak was aware that it would be very difficult to transport the book, with its convoluted time layers and special ductus, to the screen. Nevertheless, he has tried to present non-conformist young cinema from Germany that can capture the spirit of the original with this psychedelic big city western.

It is always pleasant and commendable when filmmakers try to show something beyond the norm. &Ccedil;atak has managed to do that very well too. Its visual language is fresh and its actors unspent. The editing and also the music underline this positive impression. But unfortunately there is a big BUT at this point, because the production seems to try so hard to capture the unadjusted character of the book, that the development of the characters and their story comes far too short. Even though the good actors try very hard, they fail to give the characters a depth that would be needed to make them interesting to the audience.

Once Upon a Time Indian Country is too much style and not enough substance. It's a work that has a lot of potential in every way, but underutilizes it overall. Visually enthralling, but dramaturgically just not polished enough to really entertain well. And so there is a worth seeing bottom line only with significant deductions.

Cinema trailer for the movie "Once Upon a Time in Indian Country (Deutschland 2017)"
Loading the player ...