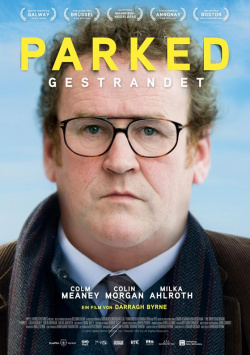 Unemployed watchmaker Fred (Colm Meaney) is desperate to get back into society. But since he's not on welfare, he can't get a place to live. And without a permanent residence, unfortunately, there is no social welfare. It's a vicious cycle that Fred has only frustration to counter. His life is now played out in a car park just off the coast of Dublin, living in his car with his few belongings. Fred tries to come to terms with this unpleasant situation in order to still retain something like dignity. When young Cathal (Colin Morgan) also moves into the parking lot with his car, Fred initially views the new neighborhood situation skeptically. But gradually a friendship develops between the quiet watchmaker and the hyper junkie, showing Fred that there are still bright sides to life even in his situation. When he meets widowed music teacher Jules (Milka Ahlroth), Fred's life actually seems to take a turn for the better. But even now, whether there really is a second chance for a stranded existence like him is more than questionable.

With Parked, Irish filmmaker Darragh Byrne has delivered a wonderful directorial debut. Byrne tells his story with bittersweet drama without ever seeming chummy. He reveals the flaws in the social system without falling into an overly stifling bleakness. Rather, it succeeds in exactly what Cathal is trying to teach Fred: to see beauty even in the sad. Parked - Stranded is a very sad story at its core, with three broken characters at its center. But where other filmmakers would have pushed the audience into a dark hole with depressing social drama, Byrne delivers a pleasingly life-affirming film that, in addition to a few tears, also has plenty of hope to offer at the end.

The drama about an unusual male friendship, about the search for social support and about new hope in the form of a slowly blossoming love, lives not only from its very restrained staging, but primarily from the strong actors. Colm Meaney delivers a wonderful performance as a watchmaker desperately trying to maintain some sort of order and normality in his life, which at first seems a bit stoic, but in the end proves to be extremely powerful. A real surprise, however, is Colin Morgan, best known from the TV series Merlin, who gets to show acting facets here that he never even hinted at as a student of magic. The interplay between the two completely opposite characters works to a tee and is what makes the drama so appealing.

The enchanting images of Dublin's rugged coastline perfectly express what is at the heart of this moving story: beauty and cruelty, sadness and hope are often very close together. And so one is allowed to laugh and cry here, one is allowed to be angry about social injustice and to dream of a better future. All this is allowed in this wonderful film, which should not be missed by lovers of emotional program cinema and strong actors. Absolutely worth seeing